Schools to reopen on January 15 – Akufo-Addo 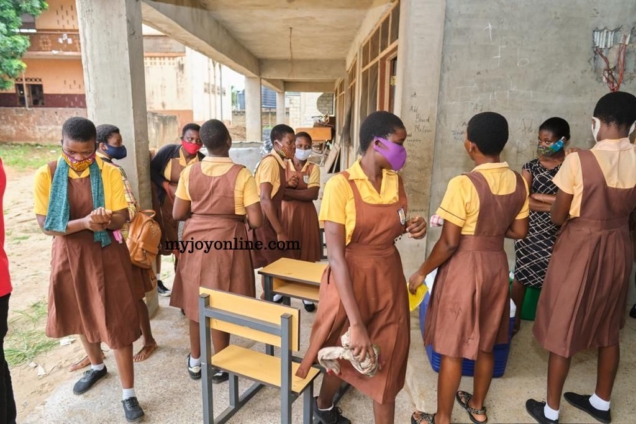 President Akufo-Addo has announced that all students from kindergarten to Junior High School will return to school on January 15.

According to him, government has drawn lessons from reopening of some sections of educational institutions in 2020, thus, it is in a better position to commence a new school year.

“Our children must go to school, albeit safely, and we are satisfied that, in the current circumstances, the re-opening of our schools is safe,” he said in his 21st address to the nation on measures taken by government to ease restrictions.

President Akufo-Addo revealed that SHS students in Form Two and Three will return to school on January 18.

Both the SHS1 and SHS3 students will no longer be on a double-track system, President Akufo-Addo revealed.

This is because of the expansion of infrastructure at the various senior high schools, he added.

University students will, however, begin the school year early. The President announced they are to return to school on Saturday, 9th January.

The reopening of schools comes nine months after the president ordered the closure of all educational institutions on March 15, 2020.

This was part of government’s plans to ensure that the Covid-19 which was spreading at an alarming rate in the country at the time was effectively managed.

On May 31st he President Akufo-Addo announced the reopening of schools for only final year students at all levels of education on Monday, June 15, 2020.

In his 10th Address to the nation on measures taken by the government to ease restrictions, he revealed these students were to go back to prepare for their final exam.

Later, JHS and SHS 2 students were allowed to go back to school on October 5 so they could also complete their studies for the academic year.

In his 21st address, President Akufo-Addo urged parents to not panic adding that there will be sensitization campaigns to educate kids and parents on how to avoid spreading or catching the virus.

“Prior to their return to school, Government, through the Ministry of Education and the Ghana Education Service, will ensure that all institutions, public and private, are fumigated and disinfected,” President Akufo-Addo said.

He added that government through the Ministry of Education, will provide face masks, ‘Veronica’ buckets, hand sanitisers, liquid soap, rolls of tissue paper, and thermometer guns for the safe re-opening of the schools.