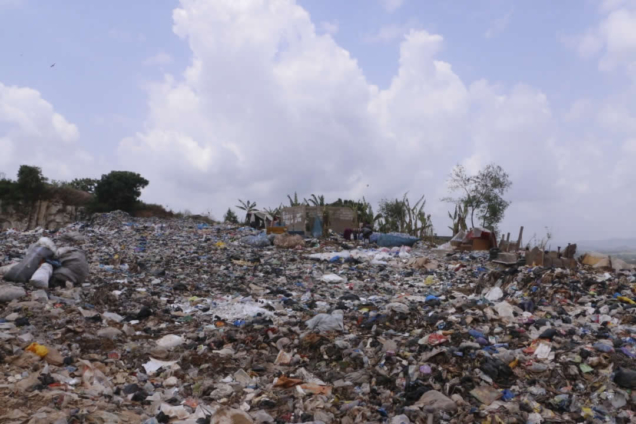 Researchers at the Kwame Nkrumah University of Science and Technology have recorded alarming levels of antibiotics in soil and water samples at Landfill sites in Kumasi, Ashanti Region.

The article, published in the Journal of Chemistry, revealed that concentrations of commonly used antibiotics such as penicillin in the soil and water at landfill sites are a thousand fold higher than the acceptable limit and thus create a conducive environment for bacteria evolution and antibiotic-resistance.

The scientists are concerned about the potential harm this could pose to the environment.

A Landfill site is an area of land that has been specifically engineered to allow for the deposition of waste.

Landfills are therefore reservoirs for many pharmaceuticals and provide a conducive habitat for antibiotic-resistant organisms.

The study conducted 2 years ago, sought to determine the levels of three commonly used antibiotics, metronidazole (flagyl), penicillin, and amoxicillin in the soil and water of active and abandoned landfill sites in Kumasi.

They also set out to investigate the occurrence of antibiotic resistance amongst microorganisms found at the sites.

All three antibiotics were detected in samples from all locations.

Penicillin levels were much higher in both soil and water samples in comparison to the other antibiotics studied.

“As high as 120.52 micrograms of penicillin per gram of soil was recorded at one site,” said lead scientist, Dr. Sheringham Borquaye.

Bacteria isolated from the study sites proved to be resistant to some antibiotics, especially ampicillin.

The scientists attribute the unacceptable levels of antibiotics at the landfills to the irrational disposal of medicines by both households and pharmacies.

The researchers recommend that steps be taken to regulate the indiscriminate disposal culture for pharmaceuticals to avert any possible public health disaster.