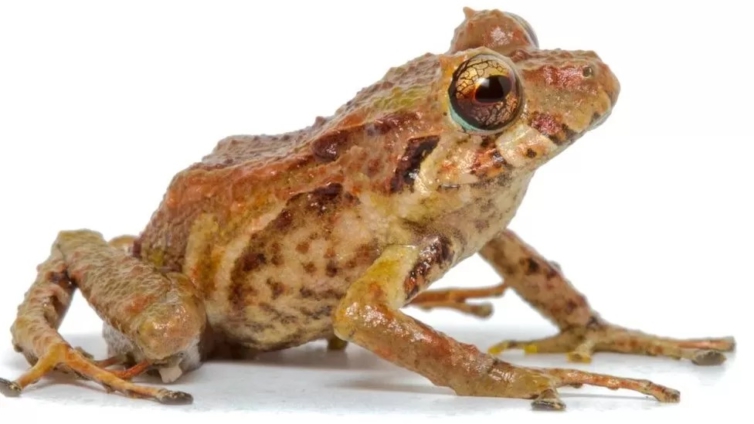 The new species were all found on the eastern slopes of the Ecuadorean Andes, in two national parks.

But the scientists who discovered them have warned that all six Pristimantis species were found within a 20km-radius of deforested areas.

They recommended that they all be added to the International Union for Conservation of Nature’s (IUCN) red list of threatened species.

There is a huge diversity of Pristimantis frogs with more than 550 different species living in areas ranging from eastern Honduras through the Andes to northern Argentina and Brazil.

Colombia and Ecuador have the biggest wealth of species of these little land-dwelling frogs and scientists think there are many more species yet to be discovered.

This latest discovery was made by Ecuadorean herpetologists Jhael Ortega, Jorge Brito and Santiago Ron.

Mr Ron explained in a tweet that they had decided to name one of the species resistencia (resistance) in honour of all the environmental activists killed in Latin America.

According to a report by advocacy group Global Witness, more environmentalists were killed in Latin America than any other region in the world last year.

“Alba Bermeo was assassinated on Friday for opposing mining in Azuay, Ecuador, another victim,” the tweet adds, referring to the killing of a 24-year-old campaigner last week.

DISCLAIMER: The Views, Comments, Opinions, Contributions and Statements made by Readers and Contributors on this platform do not necessarily represent the views or policy of Multimedia Group Limited.
Tags:
Ecuador
New species
Rain frog