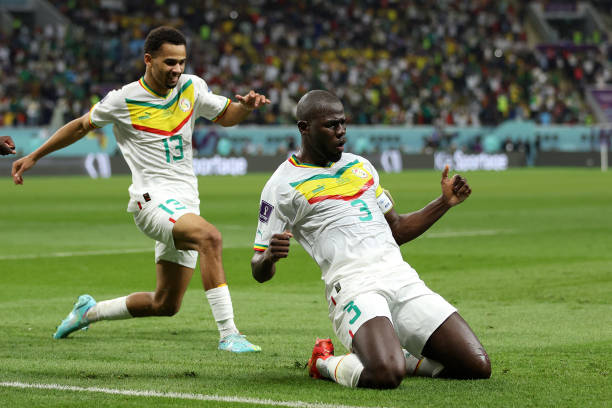 2021 Africa Cup of Nations champions, Senegal, booked a place in the last 16 of the 2022 FIFA World Cup following their win over Ecuador on Tuesday, November 29.

A first-half penalty goal from Ismaila Sarr and a Kalidou Koulibaly header ensured that the Teranga Lions overcame their first-game loss to progress to the next stage of the competition.

Senegal started the game on a stronger foot as they needed a win to see them go past the group stage ahead of the South Americans.

Sarr turned up to score the opening goal of the game after stepping up to score from the penalty spot after he had been fouled in the box.

The Watford forward sent the goalkeeper the wrong to give Aliou Cisse’s side a deserved lead in the opening half.

Moises Caicedo drew Ecuador levelled 22 minutes after the recess as he ended up on a Felix Torres cross to beat Edouard Mendy.

But their joy was shortlived as Koulibaly scored three minutes later to restore Senegal’s lead and secure their victory.

The win sees the West African side qualify alongside the Netherlands, who beat Qatar in the other Group A fixture.

DISCLAIMER: The Views, Comments, Opinions, Contributions and Statements made by Readers and Contributors on this platform do not necessarily represent the views or policy of Multimedia Group Limited.
Tags:
Ecuador
Kalidou Koulibaly
Lawrence Baidoo
Senegal
World Cup