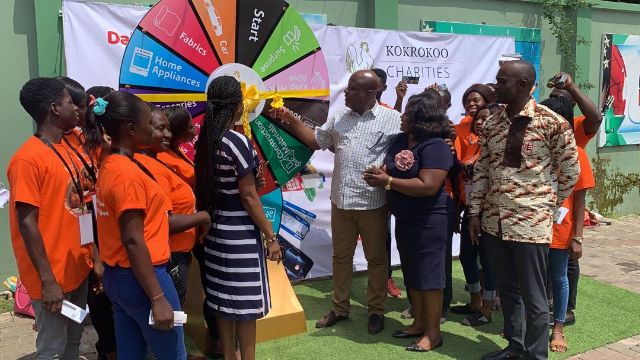 The organisation until the latest initiative, Kokrokoo Charities had been relying on donations from corporate organisations as well as asking suscribers on MTN mobile network to contribute by dialing shortcode 3322, as a means of raising funds for its projects.

The action is to also help reduce pre-term death.

Kwami Sefa Kayi, who is also Chairman of the organisation, urged the general public to donate any amount by buying tickets to save the life of a new-born baby and win a prize.

“Whatever it is you can do to support the spin for a cause, of course, you get to win something. The important thing is that you are donating or supporting a worthy cause by buying infant incubators for our hospitals…,” Sefa Kayi said.

He also added that his organisation has distributed 31 infant incubators at the cost of $310,000.00 to hospitals across the country since its formation in 2015 and looking forward to adding four more in August 2019.

The Kokrokoo Charities’ Chairman further announced plans by his organisation rebuild the Neonatal Intensive Care Unit center of Cape Coast Teaching hospital, after it is done with the distribution of 100 incubators.

According to him, the center, which is in a deplorable state, is too small and improperly.