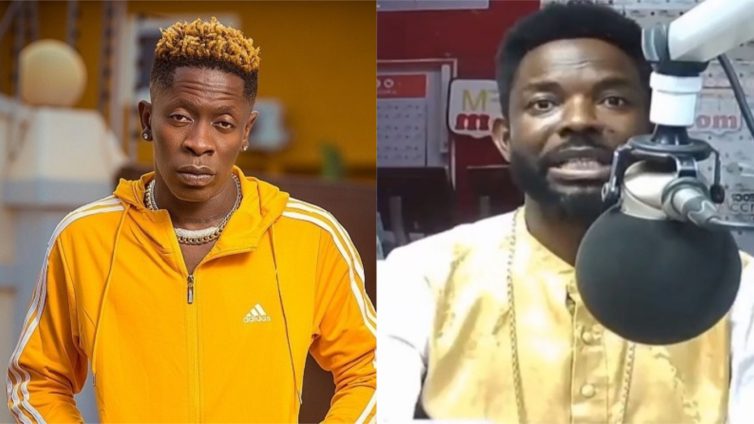 Private Legal Practitioner, Samson Lardy Anyenini, has called for stringent measures to be taken against the prophet in the middle of the entire Shatta Wale hoax shooting brouhaha.

According to him, it is about time “these charlatans” are roped in by the law to bring an end to the unnecessary fear and panic they peddle, starting with the founder and leader of New Life Kingdom Chapel International, Bishop Stephen Akwasi.

In a viral video, the pastor noted that the singer would be killed on October 18, similarly to South African reggae artiste, Lucky Dube, who was shot on October 18, 2007.

Speaking on the JoyNews channel, Samson Anyenini stated that “these charlatans” who have remained largely unchecked by state agencies have proceeded to spark fear and panic with their prophecies and predictions for so many years, causing anxiety and trauma for those being prophesied about.

He added, “you recall some time in February 2018 I wrote about this and actually asked Shattawale and Ebony or their relations to take up suits; I was literally fanning litigation asking them to take up suits against the charlatans who come in the name of God and make all these prophecies.

“Because the law allows that if you’re a relative to these people or you’re one of them yourself, and by these prophetic declarations that are made public, you apprehended some fear, and out of that you suffer some shock as a result of that kind of doomsday broadcast, they’ll be liable to suffer in court.

“They’ll be liable to pay damages, so I think it’s also time for these charlatans around town to take a cue. It’s very bad; we need to do everything to discourage it. If we’re not passing specific legislation to rope them in, then the civil law approach is there; people can take up suits.”

According to him, this is justifiable for the fear and panic he had caused, leading to Shattawale playing such a prank.

“The way Shatta Wale we understand was conducting himself, he apprehended some fear, and such a person could be traumatised by these doom declarations, and they could also, through them, suffer very unnecessary circumstances like he’s taking to suggest. So that’s where I think that people could actually get suicidal over some of these situations.

“That’s why I think if in the situation where these things are widespread and people are not getting arrested, this is a good example, let’s see how the test goes in the criminal prosecution,” he said.