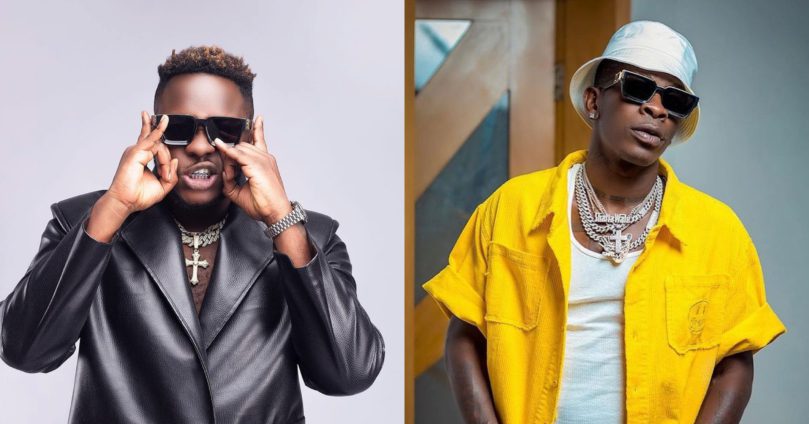 The three accomplices of the self-acclaimed dancehall king were also included.

The prosecutor asked the court to chase one additional person who is yet to be arrested by the police.

Lawyers for the accused persons also prayed to the court that it’s the festive season and that his clients should be given some time so that the accused can spend time with their families.

The presiding judge Emmanuel Essando after listening to both parties, adjourned the case to January 25, 2022.

Shatta Wale was hurled before the court for the publication of false news and causing fear and panic.

The singer known in real life as Charles Nii Armah Mensah turned himself in on October 19, when the police declared him as a wanted individual.

In the case of Medikal, he was arrested for brandishing a weapon on social media.

The rapper born, Samuel Adu Frimpong, was charged for unlawful display of arms and ammunition.

Although the duo pleaded not guilty to their respective charges when they made their first appearances in court, the court refused them bail.

Shatta Wale was remanded into prison custody for one week, while his industry mate, Medikal, was in police custody for five days.

But on when they reappeared before the court on Tuesday, October 26, the adjudicator granted them a ¢100,000 bail each.