Researchers are trying to determine whether an 18,000-year-old puppy found in Siberia is a dog or a wolf.

The canine – which was two months old when it died – has been remarkably preserved in the permafrost of the Russian region, with its fur, nose and teeth all intact.

DNA sequencing has been unable to determine the species.

Scientists say that could mean the specimen represents an evolutionary link between wolves and modern dogs. 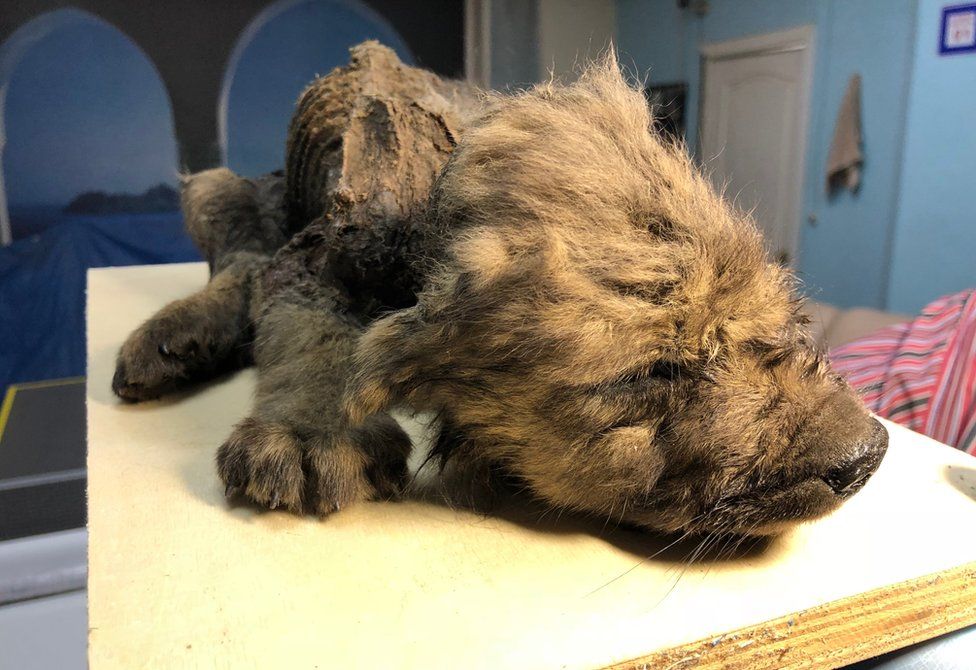 Radiocarbon dating was able to determine the age of the puppy when it died and how long it has been frozen. Genome analyses showed that it was male.

Researcher Dave Stanton at the Centre for Palaeogenetics in Sweden told CNN the DNA sequencing issue meant the animal could come from a population that is a common ancestor of both dogs and wolves.

“We have a lot of data from it already, and with that amount of data, you’d expect to tell if it was one or the other,” he said. 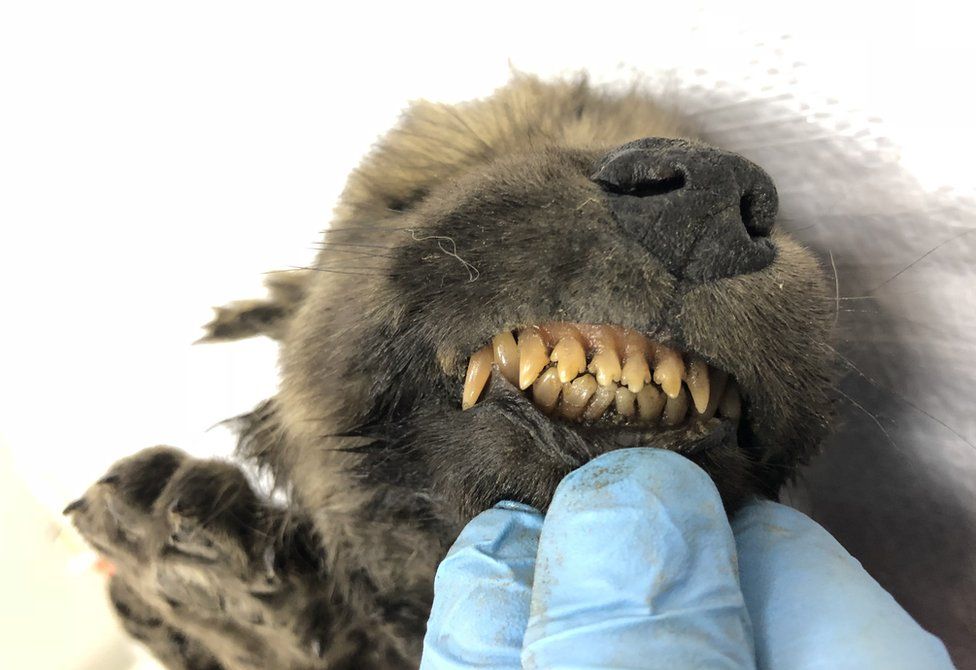 Even the whiskers of the puppy were preserved

Another researcher from the centre, Love Dalen, tweeted a question about whether the specimen is a wolf cub or “possibly the oldest dog ever found.”

Scientists will continue with DNA sequencing and think the findings could reveal a lot about the evolution of dogs.

The puppy has been named “Dogor”, which means “friend” in the Yakut language and is also the start of the question “dog or wolf?”

Modern dogs are believed to be descendants of wolves, but there is debate over when dogs were domesticated. 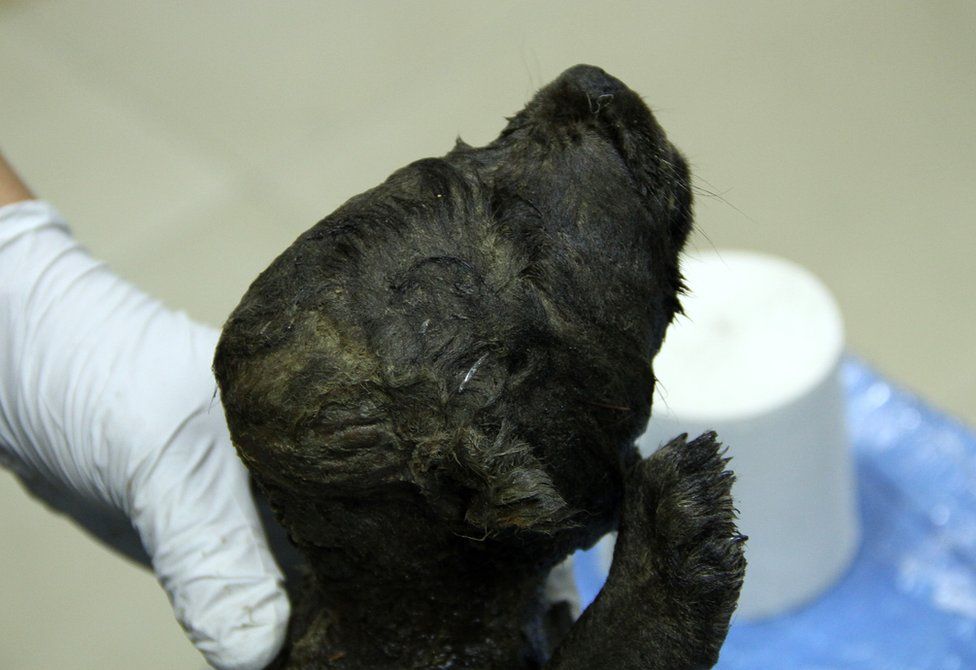 The puppy was found in eastern Siberia near Yakutsk