Widely held myths about sleep are damaging our health and our mood, as well as shortening our lives, say researchers.

A team at New York University trawled the internet to find the most common claims about a good night's kip.

Then, in a study published in the journal Sleep Health, they matched the claims to the best scientific evidence.

They hope that dispelling sleep myths will improve people's physical and mental health and well-being.

So, how many are you guilty of?

Myth 1 – You can cope on less than five hours' sleep

This is the myth that just won't go away.

Former British Prime Minister Margaret Thatcher famously had a brief four hours a night. German Chancellor Angela Merkel has made similar claims, and swapping hours in bed for extra time in the office is not uncommon in tales of business or entrepreneurial success.

Yet the researchers said the belief that less than five hours' shut-eye was healthy, was one of the most damaging myths to health.

These included cardiovascular diseases, such as heart attacks and strokes, and shorter life expectancy.

Instead, she recommends everyone should aim for a consistent seven to eight hours of sleep a night.

Thatcher: Can people get by on four hours' sleep?

The relaxing nightcap is a myth, says the team, whether it's a glass of wine, a dram of whisky or a bottle of beer. 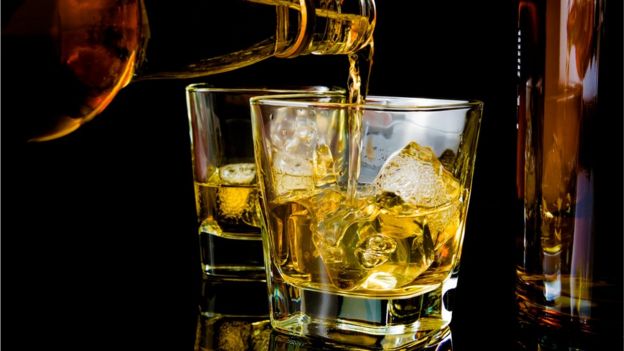 "It may help you fall asleep, but it dramatically reduces the quality of your rest that night," said Dr Robbins.

It particularly disrupts your REM (rapid eye movement) stage of sleep, which is important for memory and learning.

So yes, you will have slept and may have nodded off more easily, but some of the benefits of sleep are lost.

Alcohol is also a diuretic, so you may find yourself having to deal with a full bladder in the middle of the night too.

Have you ever thought "I need to wind down before bed, I'm going to watch some TV"?

Well, the latest Brexit twists and turns on the BBC News at Ten might be bad for sleep.

Dr Robbins argues: "Often if we're watching the television it's the nightly news… it's something that's going to cause you insomnia or stress right before bed when we're trying to power down and relax."

And as for Game of Thrones, it's hard to argue the Red Wedding was relaxing.

The other issue with TV – along with smartphones and tablets – is they produce blue light, which can delay the body's production of the sleep hormone melatonin.

Will the light from your phone kill you?

Myth 4 – If you're struggling to sleep, stay in bed

You've spent so long trying to nod off you've managed to count all the sheep in New Zealand (that's about 28 million).

So what should you do next? The answer is not to keep trying.

"We start to associate our bed with insomnia," said Dr Robbins.

"It does take the healthy sleeper about 15 minutes to fall asleep, but much longer than that… make sure to get out of bed, change the environment and do something that's mindless."

Her tip – go fold some socks.

Who isn't guilty of reaching for the snooze button on their phone, thinking that extra six minutes in bed is going to make all the difference?

But the research team says that when the alarm goes off, we should just get up. 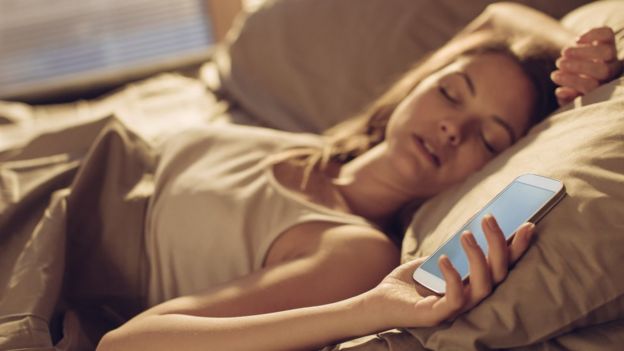 Dr Robbins said: "Realise you will be a bit groggy – all of us are – but resist the temptation to snooze.

"Your body will go back to sleep, but it will be very light, low-quality sleep."

Instead the advice is to throw open the curtains and expose yourself to as much bright light as possible.

Snoring can be harmless, but it can also be a sign of the disorder sleep apnoea.

This causes the walls of the throat to relax and narrow during sleep, and can briefly stop people breathing.

People with the condition are more likely to develop high blood pressure, an irregular heartbeat and have a heart attack or a stroke.

One of the warning signs is loud snoring.

Dr Robbins concludes: "Sleep is one of the most important things we can all do tonight to improve our health, our mood, our wellbeing and our longevity."