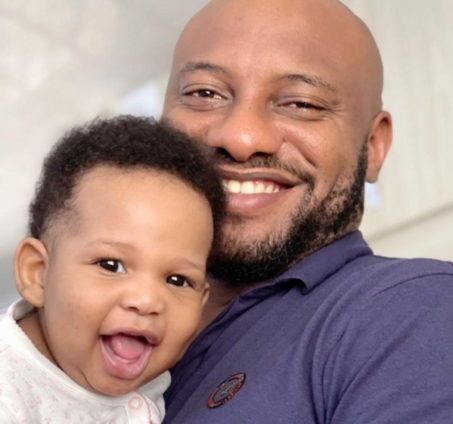 Twitter has been buzzing since Nigerian actor, Yul Edochie, announced that he has a second wife with whom he has a child.

His second wife, Judy Austin, is an actress.

This news has taken users by shock. Virtues such as being faithful, loyal and honest have crept into the conversation as Twitter users argue out moral standards.

Yul Edochie’s first wife, May Yul-Edochie, is not pleased with the news.

Commenting on his post where he unveiled his son, she wrote: “May God judge you both”.