'Sosu still out of the country, he may not be in court tomorrow' - Lawyer - MyJoyOnline.com

‘Sosu still out of the country, he may not be in court tomorrow’ – Lawyer 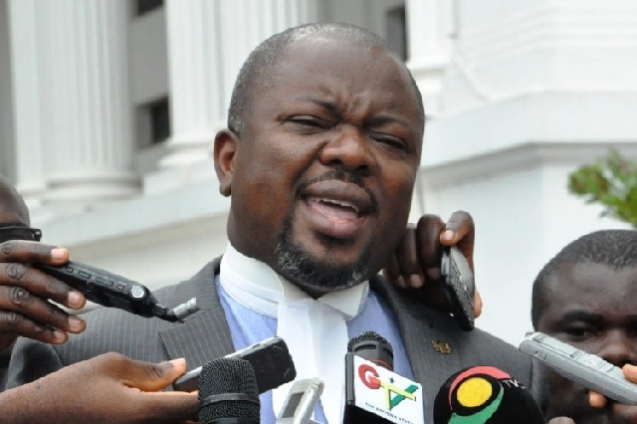 Laywer for Madina MP, Victor Adawudu, has said that the lawmaker is still on parliamentary duties outside the country and may not make an appearance in court on Tuesday to respond to charges preferred against him by the Ghana Police Service.

Charges filed against Mr. Francis-Xavier Sosu include causing damage to public property during a protest he led last month.

The MP was expected to appear before the court on November 8 to answer to the charges but he was absent. It later came to light that he was out of the country attending to parliamentary duties assigned to him by the Speaker.

Speaking on Joy FM‘s Top Story on Monday, Lawyer Victor Adawudu was not sure if the MP will make an appearance on Tuesday.

“If he is in town by tomorrow, we will definitely appear before the court. All I know is that he is still on parliamentary duty outside the country,” he told host Evans Mensah.

Victor Adawudu insists that the MP is not guilty of the charges leveled against him.

He said that Mr. Sosu could not have engaged in unlawful actions during the October 25 demonstration.

“It’s the same Police that was notified ahead of the demonstration. If you were with them, how could you obstruct traffic, how can you destroy public properties and nobody was told after some weeks. Even if properties were destroyed, he was not the one who destroyed the properties,” he continued.

Meanwhile, the Speaker of Parliament, Alban Bagbin has criticised the Police for dragging the MP to court.

According to the Speaker, the decision of the Ghana Police Service to arrest the Member of Parliament for Madina, Francis-Xavier Sosu was contemptuous of the House.

Addressing participants at a breakfast meeting in Kumasi, Mr Bagbin noted that although Parliamentarians are not above the law, constitutional procedures must be followed in the arrest and prosecution of MPs.