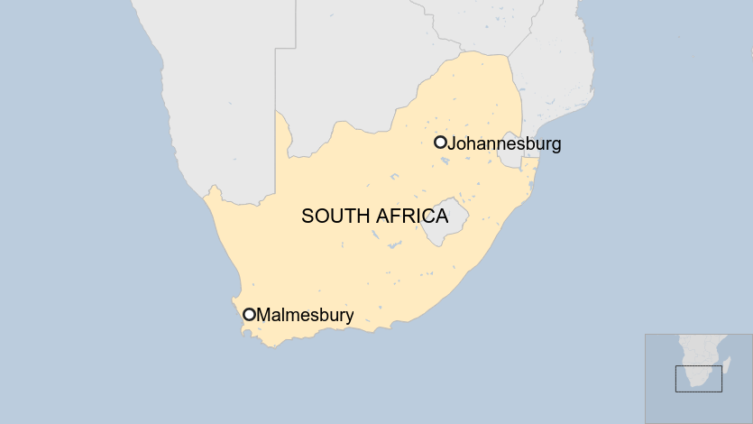 All 68 inmates who escaped from a jail in South Africa’s Western Cape on Friday have been rearrested, the government says.

The break-out happened after inmates at Malmesbury Prison “overpowered” staff during an exercise session.

They then locked three officers in a cell before freeing other prisoners and escaping over a roof, authorities said.

Previous reports said they had escaped while being transferred to court for trial.

South Africa’s prison body had originally said 69 inmates escaped, but the department of justice on Sunday said they were 68 in total.

According to local news site EWN, the reason for this confusion was that one inmate presumed to have escaped had in fact “moved to a different cell during the chaos and never left the facility”.

Part of the escape was caught on camera by a member of the public who was sitting in his car.

Prisoners escape Malmesbury. Some even hijacked a vehicle. pic.twitter.com/HqugqzLu5M

How did it happen?

Only 20 prison officers were on duty to supervise the facility’s 451 inmates, said a statement from the South African Correctional Service on Friday.

“The escapees overpowered officials, took the keys and locked three officials in a cell and opened other cells before escaping through the main entrance and over the roof,” it added.