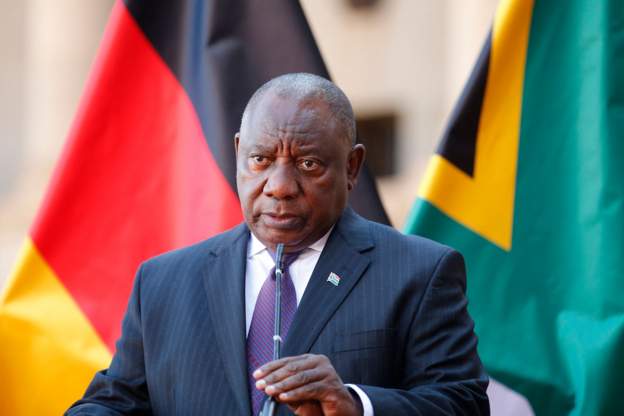 The presidency has not commented on the matter

A former head of South African intelligence agency has sued President Cyril Ramaphosa for alleged crimes that include “kidnapping” and bribing robbers who stole millions of dollars from one of his properties.

“I have taken the unprecedented step to lay criminal charges against his excellency, the president of the republic of South Africa, Cyril Ramaphosa,” Arthur Fraser said in a statement.

The presidency has not commented on the matter.

He claimed that the suspects were subsequently kidnapped and interrogated and paid off to keep silent.

Mr Fraser alleged that the president “concealed the crime” from the police – and that his conduct was in breach of a law on the prevention of organised crime.

The former spy chief said he had provided police with evidence “including photographs, bank accounts, video footage and names”.

Police have confirmed to local media that a criminal case had been opened against the president and that due process will follow.

Mr Fraser became chief of the country’s correctional services after his career in intelligence and he is the one who last year ordered the release from prison on medical grounds of former President Jacob Zuma.