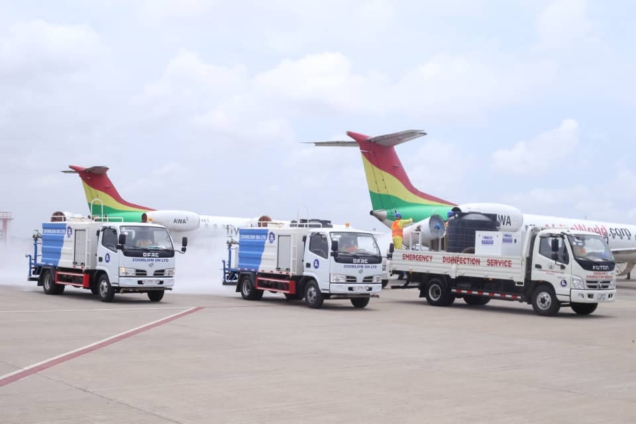 Staff of the Ghana Civil Aviation Authority (GCAA) have threatened to embark on a strike starting Wednesday, October 14, 2020, to demand the return of lands which were taken away from the Authority.

They said this action has become necessary after exhausting all other avenues.

This was revealed in a notice by the authority to all airlines flying to and from the Kotoka International Airport and the general public.

In the document, the group stated that its essential services such as Air Traffic Services will be withdrawn from the said date to drive home their request.

Spokespersons William Amoako and John Sampah co-signed the statement on behalf of the Coalition of GCAA.

“The reallocation or sale of lands strictly meant for aviation purposes to private developers poses serious safety concerns to the aviation industry. You would recall that some of your flights have been experiencing occasional breakdown in communication with air traffic control due to constant interference and heavy background noise on some of our frequencies since October 2, 2020,” the statement read.

They alleged that some technical challenges they experience during operations is due to the activities of real estate developers who have taken over their land.

They accused government of “threat and damage to vital communication, navigation and surveillance equipment and installations by selling off their land to private developers”, adding that this has led to the eviction of staff from the bungalows they are entitled to.

However, they noted that they would back down from the scheduled strike on condition that the activities on the lands are immediately halted and land titles, by Executive Instrument and lease, are issued in the name of GCAA.”

In light of this, they stated that should “any accident or serious incident occur” from their needs going unment, the following people must be held accountable as their actions have contributed to it:

The coalition was quick to emphasize that their strike action was in the interest of safety, the sustainable growth of the aviation industry and a finding lasting solution to this matter.

Meanwhile, they apologised for all inconveniences this move will cause the masses but it is to protect the aviation sector which runs the risk of being shut down.