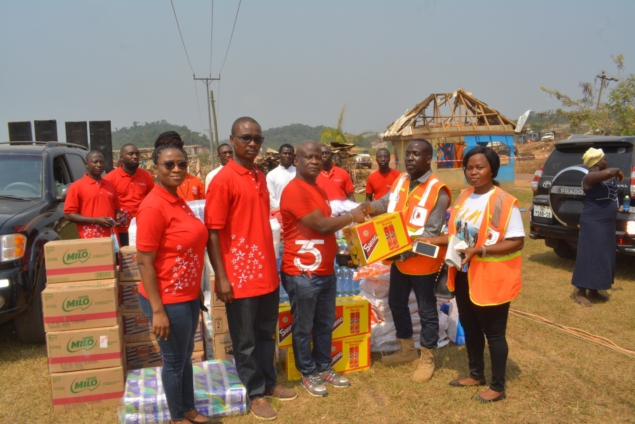 Star Assurance Company Limited has donated assorted items to support residents of Apiatse, who lost their livelihood and properties through the explosion that occurred on January 20, 2022.

Others include five bags of detergents, five cartons of mosquito spray, 240 pieces of toothbrushes, two boxes of toothpaste and 300 ‘T-shirts all valued at ¢50,000.

In brief remarks before the presentation, the Northern Sector Head of Star Assurance, Eldon M. A. Otu said the aim of the donation was to provide immediate relief to the victims whilst the authorities think of a long-term solution.

“This is just to help alleviate your plight in the immediate term whilst we consider other supportive measures for the medium to long-term,” Mr Otu stated.

“As our slogan says, we believe in being there for our partners, far and near in times of challenges and disaster”, he concluded.

Other members of the delegation from Star Assurance were Mr Solomon Aboagye and Ms Benedicta Ghansah-Afful.