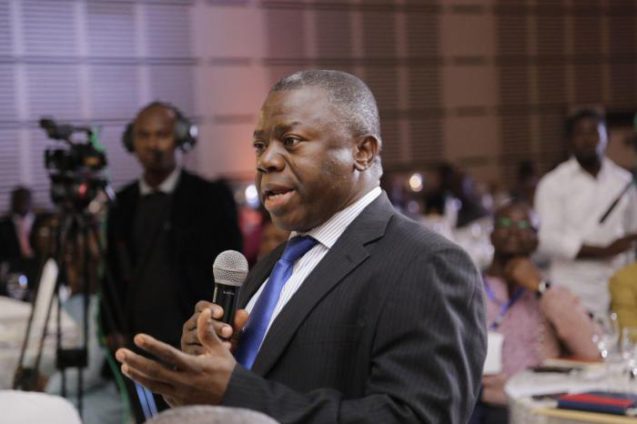 Former President of the Ghana Association of Banks, Alhassan Andani, says the institutions of state must not lose sight of their responsibility to raise red flags at the right time.

According to him, the recent banking sector crisis and its subsequent clean-up operation which cost the country an estimated GH₵10.98bn ($2.1bn), equivalent to just over 3% of the nation’s GDP in 2019, could have been mitigated had state institutions raised red flags on time.

He noted that their long silence despite the canker staring them in the face is what had led to the so-called crisis.

“So when people say banking crisis as we had and they collapsed, most of it wasn’t crisis. We saw that these entities that failed were simply not doing banking; they were not doing banking as we know it.

“That’s why I am saying we should never compromise institutional discipline for keeping the society clean, keeping the economy clean, and making sure that people can believe where they’re going to put money,” he said on JoyNews’ PM Express Business Edition.

“So we had all these people gathering money from people and promising interest rates that were out of this world. And for those of us who were in regular banking knew that there wasn’t any kind of investment that you could deploy borrowed funds, I mean, clients’ deposits to earn the kind of interest rates that they were promising people who were depositing monies with them.

This followed an asset quality review in 2015 and 2016 by the Bank of Ghana. The report noted that there were severe challenges with solvency, liquidity and asset quality in the country’s banking industry.

According to reports, about nine banks, 23 savings and loans companies, 386 microfinance companies and 53 fund management institutions were collapsed.

Many employees lost their jobs due to the financial sector clean-up.

DISCLAIMER: The Views, Comments, Opinions, Contributions and Statements made by Readers and Contributors on this platform do not necessarily represent the views or policy of Multimedia Group Limited.
Tags:
Alhassan Andani
Banking Sector Clean-up