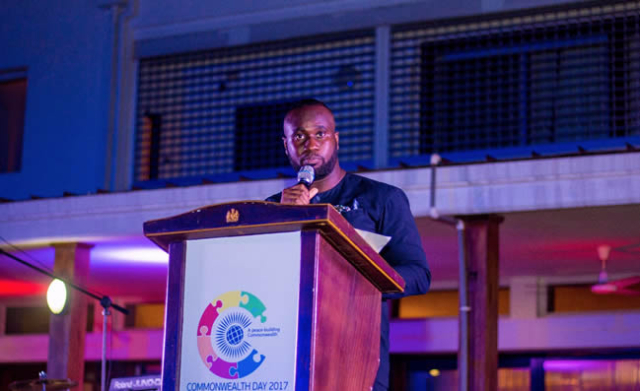 The Commonwealth representative for the Africa Region has described as worrying the increasing state of negative labelling of the Nigerian community in Ghana.

Africa Head of The Royal Commonwealth Society, John Apea, stated that placing such labels on all Nigerians can derail the strong diplomatic ties and peaceful co-existence between the two West African giants.

This, he claimed, might act as a catalyst to xenophobic attacks.

“The bond of friendship and communality between the two countries has been the envy of many across the world. It is a bond which fosters trade, culture, business, the promotion of literacy and respect for human rights – these all are values the Commonwealth holds so dear," he said.

His comments come at a time when the Ghanaian media has been awash with reports of criminality said to have been committed by some Nigerians.

In November last year, three Ghanaian girls were allegedly kidnapped in Takoradi, the western region of Ghana. The prime suspect, a Nigerian is presently in the custody of the police assisting with their investigations.

Barely one two weeks ago, a combination of Ghanaian and Nigerian suspects were arrested for the kidnap of two Canadian girls, both of whom were rescued by Ghanaian police.

The purported involvement of Nigerians in these kidnapping incidents, as well as other criminals activities in Ghana, has caused consternation amongst a large section of Ghanaians, many of whom are mounting a crusade for action.

Mr Apea condemned all acts of criminality no matter the nationality.

"Crime is a crime. It has no colour or nationality. The moment we begin to tar one nationality with the same brush or begin to colour crimes and give national identities to crime, xenophobic attacks begin”, he said.

He, however, urged all Nigerian citizens and citizens of other countries living in Ghana to work within the laws of the land and not take the proverbial Ghanaian hospitality for granted.

He also cautioned journalists and media practitioners to be circumspect in their reportage in order not to escalate an already precarious situation.

Outlining some of the activities by the Commonwealth to address the poor security situation among member states, John Apea said his outfit will be liaising with Commonwealth High Commissions to find a lasting solution to the problem.