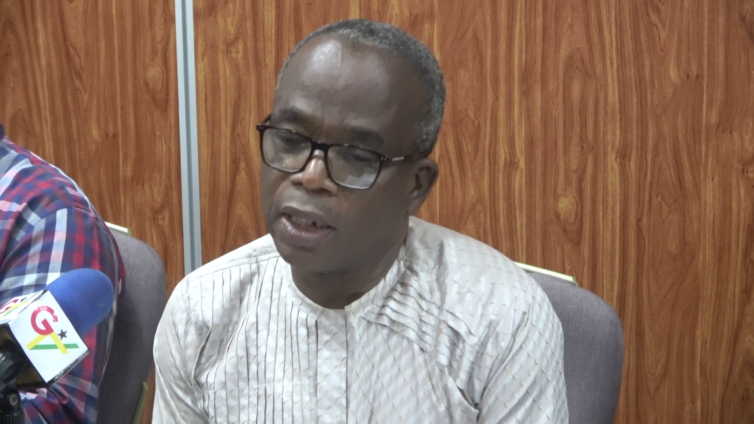 The Chairman of the National Media Commission (NMC), Yaw Boadu-Ayeboafoh, says successive governments have exhibited an unwillingness to make the NMC functionally independent, as enshrined in the 1992 Constitution.

He stated that the Commission is the most under-resourced constitutional body in Ghana, hereby hindering the Secretariat’s determination to deliver its mandated duties diligently.

He outlined the challenges of inadequate office space and low budgetary allocation as impending challenges for the Commission.

Mr. Boadu-Ayeboafoh was speaking at the opening ceremony of an orientation seminar for members of the NMC in Ho, organised by the Friedrich Ebert Foundation.

“The fact that the Commission had to go to the Supreme Court, and for four years, before the court ruled that it was the Commission, not the government, which had the power and authority to appoint Chief Executive Officers for the state-owned media the fact that up to date the NMC does not play any functional role in the allocation of frequency for the electronic media, or that we do not have clarity of the authority to control the governance architecture to manage the DTT platform, all point to the lack of commitment on the part of the government to make the Commission functionally independent”, he said.

“Government has not only been a bit unmindful to the Commission but equally, certain statements from some government sources tend to undermine public confidence in the Commission.”

He lamented how the Commission failed to monitor the media in the 2020 electioneering due to a lack of resources.

“If we take deserving pride that for the first time in the history of the Fourth Republic, the Government of Ghana, solely but fully funded the 2020 general elections, we must recognise the contributions of the media towards such a process and look for the resources to monitor the media in their coverage of the activities of political parties and candidates”, he stated.

Mr. Boadu-Ayeboafoh detailed that irrespective of the above-mentioned factors, “the Commission has won the hearts of many,” by dealing with issues brought before it.

“Indeed, in the matter against the Weekly Insight, the Judicial Service was represented by a Justice of the Supreme Court and the Judicial Secretary”, he added.

“In 1999, the Commission with support from the National Institutional Renewal Programme, developed a Ten-Year Strategic Plan, but to date the plan has not been implemented and worse, the Commission has suffered diminution of staff, to the extent that today, there is no research officer.

“All the work has been left to the Executive Secretary, the Deputy Executive Secretary and to some extent Paula Sanziri. It is thus a pleasure to note that a new scheme of service has been approved and permission is being sought to recruit. I can only pray and plead with the Secretariat to do all that must be done to carry out the recruitment efficiently and effectively.”

He, however, opined “legislative enhancement” to ensure the enforcement and compliance with decisions of the Commission which he said, “will be more media-friendly than at any legal forum.”

He listed a suitable head office accommodation, regional offices, adequate budgetary allocation and management of frequency allocation as crucial needs of the Commission, hereby, welcoming the decision to construct the Freedom House, under the auspices of the Ministry of Information, in collaboration with the NMC, the Right to Information Commission and the Ghana Journalists Association.

“Our hope is that it becomes a reality within the year. That will complement the staff to be recruited”, Mr. Boadu-Ayeboafoh said.

The innovative use of Media Advisory Committees composed of respected religious and traditional leaders as well as seasoned public officials in some of the regions in the recent past enhanced the image of the Commission and it is worthwhile that we look at how to make that innovation functional and sustainable until the presence of the Secretariat will be established in all the regional capitals.”

He requested support to set up a functional and useful website to enable the public to access all its activities and information just by a click of a button.

“Our success, however, rests on the availability of human and financial resources. In the face of the seemingly insurmountable problems, we can count on the assurance and unqualified commitment of the Secretariat towards the growth of the Commission and it is my prayer that the Executive Secretary and his team will be given the necessary support and discretion to work within policy guidelines to meet the challenges”, he concluded.