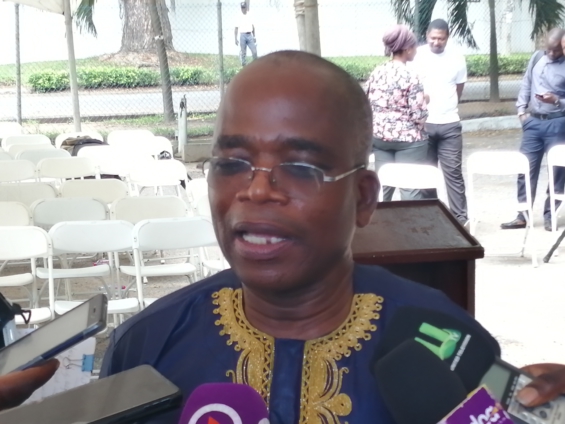 The Chairman of the National Media Commission (NMC) has reiterated the need for the safety of journalists to be guaranteed at all times, irrespective of their conduct under the country’s rule of law.

Yaw Boadu-Ayeboafoh explained that it is only when journalists are secured that society could ask for accountability from them.

Speaking at a Development Partners conference on Media Support Programmes in Accra, on Monday, Mr Boadu-Ayeboafoh said, just as suspects of crimes are taken through the due course of justice to determine their guilt or otherwise, so must any journalist accused of a crime, be given the benefit of the doubt.

The conference was geared towards getting the buy-in of critical stakeholders into two programmes initiated by the State for the Ghanaian media.

The “Media Capacity Enhancement Programme”; and the “Coordinated Mechanism for Safety of Journalists”, are aimed at creating a conducive and safe environment for media practitioners and also to enhance their capacity.

Mr Boadu- Ayeboafoh said no Ghanaian journalist must be seen as an enemy of the people of Ghana, adding that “the journalist can’t be against the people.”

In throwing his support for the two Government-initiated programmes, Mr Boadu- Ayeboafoh said it is imperative for the State to fund such programmes, given the vast resources at its disposal.

“The Media Commission is fully involved since its inception around 2019”, he added.

He said both programmes are very important, particularly, that on the safety of journalists.

He explained that the safety of a journalist, must not be seen as his or her own responsibility, as doing that would make society compromise on a number of things.

Mr Boadu- Ayeboafoh stated that, “It is only after we have guaranteed the safety and security of the journalist that we can ask them to be accountable and show responsibility.”

The NMC Boss emphasised that resources are required to train journalists, adding that the journalist could not be against the interest of the people of the country, therefore, they need resources from all well-meaning entities to build their capacities.

“If genuinely, you want the Ghanaian media to functionally be performing the obligations that it has to, then we must be willing and ready enough to support it to get to the level we want.”

He, therefore, appealed to media practitioners to ensure that they operate within the laws of the country.

Mr Kojo Oppong Nkrumah, Minister of Information said, in 2019, the Ministry collaborated with the media professionals, stakeholder groups and academia to assist in fashioning out support programmes that are most critical to the work of the media, hence the programmes.

Additionally, the framework for curriculum developed by stakeholders for the media capacity enhancement programme is expected to help deal with the gaps in media practice and enhance the media’s contribution to the national development and growth agenda.

“The importance of these initiatives in our nation-building efforts cannot be overemphasized. We have, therefore, invited you all here today as development partners to join efforts with the state, in providing complimentary technical and financial support towards this endeavour,” he noted.

“Your partnership will help in ensuring that the limited impact of these programmes and their true potential, is widened to reach all the regions of Ghana, especially in places where they are needed the most”, the Minister told the stakeholders.