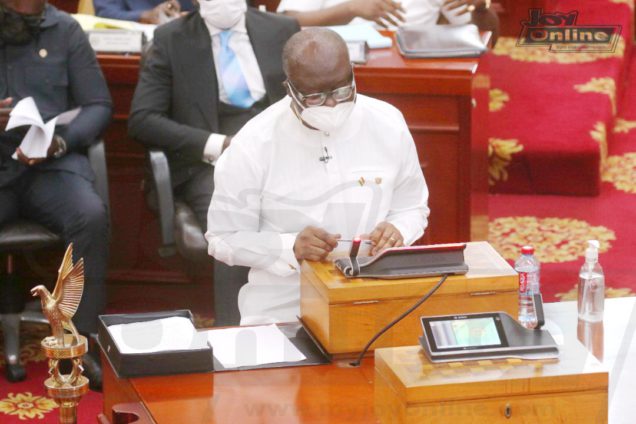 The Director of Communications of the New Patriotic Party, Richard Ahiagbah, has urged the NPP MPs to support the Finance Minister, Ken Ofori-Atta even as that have called for his dismissal.

According to him, the MPs are representatives of the political party in Parliament working with the government to advance the promises made to Ghanaians in their manifestos.

Mr Ahiagbah made this known while speaking on Joy FM’s Super Morning Show on Wednesday.

He further stated that the statement jointly signed by the party’s General Secretary and the Majority Chief Whip, which was issued yesterday, November 22 affirms the current position of the two bodies.

“The letter which was issued yesterday was only reaffirmation of the understanding reached by the majority caucus following the press conference held on 25th October and subsequent meeting with the President and the party.”

Mr Ahiagbah said as a member of the New Patriotic Party, it is a rule to abide by and publicly uphold the decisions of the party, thus the President and the MPs are not exempted.

Some 98 NPP MPs have been demanding the immediate removal of the Finance Minister accusing him of economic mismanagement.

However, the entirety of New Patriotic Party Caucus in Parliament have been urged by the Party’s executives to stand down on their demand for the removal of the Finance Minister, Ken Ofori-Atta, till after the 2023 budget statement is read and appropriated.

This follows a meeting with the Caucus on November 22 to find an amicable resolution to the impasse in the NPP Parliamentary group.

DISCLAIMER: The Views, Comments, Opinions, Contributions and Statements made by Readers and Contributors on this platform do not necessarily represent the views or policy of Multimedia Group Limited.
Tags:
Finance Minister
NPP