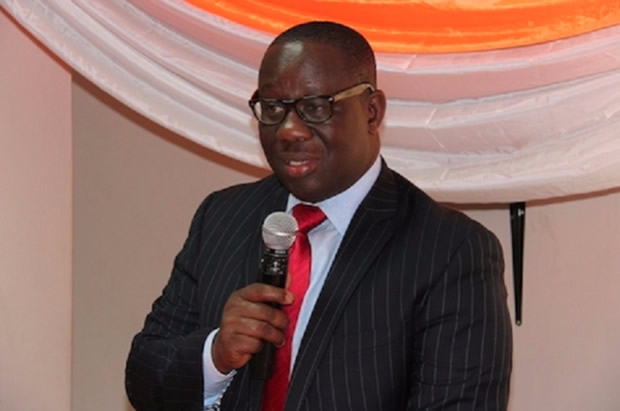 The Supreme Court has, in a unanimous decision, dismissed a case filed by former Director-General of the Social Security and National Insurance Trust (SSNIT), Ernest Thompson.

The court turned down his request to set aside two Special Audit Reports on the operation of an Operational Business Suite acquired by SSNIT.

Mr. Thompson is accused of causing a $14.8 million loss to the state through the acquisition and use of the suite.

The former SSNIT boss had told an Accra High Court that the two audit reports which made damning and adverse findings against him were compiled by SSNIT without an opportunity for him to respond to it.

This he insisted breached his right to a fair hearing. He, therefore, wanted the court to restrain the Attorney-General from presenting the said reports or using them.

The High Court ruled in favor of the Attorney-General. It noted that the rule on the need for a fair hearing only applies where a person is entitled to be heard because they have a right to be heard.

The Court said there cannot be a breach when such a right does not exist.

The Court noted that at the time the report was issued, Mr. Thompson was no longer an employee of SSNIT and that SSNIT could not impose sanctions on him.

It described the two documents as opinions of experts which were not binding even on a judge in a criminal trial.

Mr. Thompson then proceeded to the Court of Appeal to challenge the decision of the High Court. He insisted that once the Court found that he was not given a fair hearing, it should have restrained the Attorney-General from using the reports.

The Court of Appeal however affirmed the High Court’s decision indicating that SSNIT had not taken any step against Mr. Thompson on the basis of the audit report. The former SSNIT Boss then took the matter to the Supreme Court. The Apex court said the audit report carried no decision-making weight.

It additionally noted that Mr. Thompson had the opportunity to respond to the audit report through a letter written to him by the Economic and Organized Crime Office. The EOCO letter, the Court noted, attached a document which was effectively an extract of the two reports in contention.

The Court, therefore, dismissed the case filed by Mr. Thompson, awarding a cost of 5,000 cedis against him.