The Boxing Loan: D.K. Poison was declared champion in the dressing room 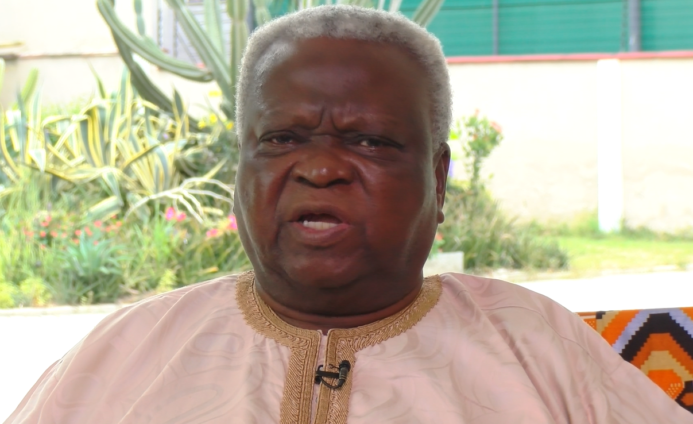 Every champion athlete’s biggest moment of bliss is the crowning or decoration with the symbol of his or her newfound status. In the case of Ghana’s first world champion D.K Poison, it was denied him for security reasons.

A former Sports Minister of Ghana H.E. Amarkai Amarteifio has revealed in the upcoming documentary The Boxing Loan, that D.K. Poison had his symbolic declaration as a champion performed in the dressing room.

H.E. Amarkai Amarteifio, who was a Major in the Ghana Army at the time, was also in charge of Ghana’s amateur boxing team and that of the Armed forces.

He described D.K. Poison’s defeat of Reuben Olivares as huge and momentous.

“To have this ultimate realization of a world champion not created politically outside the ring but inside the ring was a great thing,” told Joy Sports.

He revealed that incidentally D.K. Poison’s hand was not raised in the ring.

“His hand was raised as a champion in the dressing room. D.K. Poison like Azumah Nelson defeated a Mexican Hero. He was invincible up to that time. He was really iconic. He was big.”

“So defeating him in Los Angeles which was full of Mexicans and Latino’s, the arena was full of them. It was not acceptable to the fans. They couldn’t accept it. They rioted. They threw chairs.”

H.E. Amarkai Amarteifio further narrated that in the confusion, DK Poison had to be taken out of the ring and the Police intervened.

“Attuquaye Clottey, his trainer at the time was hit on the head with a chair and we believe it was what resulted in his death. He never really recovered because he died not too long after that.”

By September 20, 1975, Reuben Olivares had a record of 80 wins, five losses and a draw and had stints with the WBA and WBC titles. Ghana’s D.K. Poison on the other hand had 30 wins, two losses and two draws.

D.K. Poison’s documentary The Boxing Loan will be aired on the Joy News channel (DSTV 421 and free-to-air) ahead of the commemoration of his 45th anniversary of annexing the title which falls on September 20.

DISCLAIMER: The Views, Comments, Opinions, Contributions and Statements made by Readers and Contributors on this platform do not necessarily represent the views or policy of Multimedia Group Limited.
Tags:
D.K. Poison
H.E. Amarkai Amarteifio
Joy Sports
The Boxing Loan