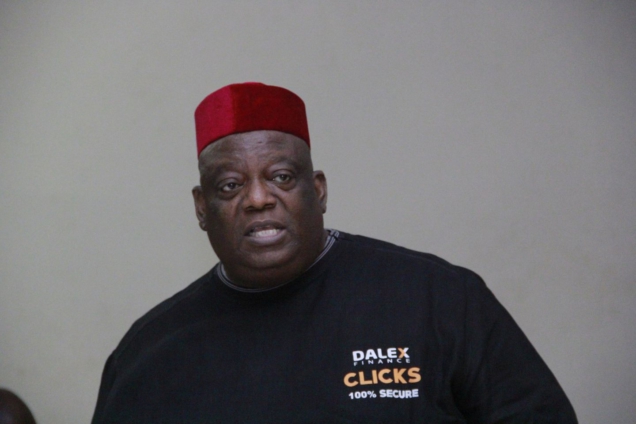 Director of Business Operations at Dalex Finance, Joe Jackson, says the 2023 Budget has woefully failed to tackle the situation that landed the country’s economy in the trenches.

According to him, the government should have used the opportunity of the budget statement to propose policy measures that would tackle the debt issue head-on to prevent further loss of investor confidence, however, it failed to do so.

He noted that a great policy measure would have entailed the government making significant cuts to its expenditure budget.

Instead, Joe Jackson has noted that government is still indulging in its profligate ways while imposing austerity on the rest of Ghanaians.

“We’ve now confirmed, the Deputy Minister has confirmed that if there was ever any doubt that we can’t pay. Borrowing 61billion cedis is not what you do when you can’t pay. You take an axe to your expenditure.”

He stated that after perusing the budget statement he realized government’s failure to apply sound judgement when it came to the distribution of funds.

According to him, key ministries capable of championing an economic recovery were being starved of funds while certain agencies whose usefulness in the government machinery have recently been questioned were being furnished with disproportionate amount of funds.

“I’ll be honest just this evening I got what I thought was a reliable version of the tables and I started looking through, some of the numbers just don’t make sense to me. Why is there 80 billion still there for the Cathedral? Forgive me, I don’t know. Why is there a contingency vote of 1.4 billion?

Joe Jackson has opined that the 2023 budget was a missed opportunity for the government to bridge the trust gap between the citizenry and the government and the market, both local and international.

“The point is this, we want reassurance, we want to believe that this government can even carry the rest of the country with the austerity budget it has to impose. We want to believe somebody is trying to bridge the trust gap between the government and the public. That can be done when you trim down and all of us feel that you’re taking the pain as much as we have to take the pain,” he said.

DISCLAIMER: The Views, Comments, Opinions, Contributions and Statements made by Readers and Contributors on this platform do not necessarily represent the views or policy of Multimedia Group Limited.
Tags:
2023 Budget statement
Joe Jackson