The Japanese city that banned ‘smartphone-walking’

When travellers get off the train at Yamato City, a commuter suburb popular with families about 30km from Tokyo, their eyes might be drawn to a few white cloth signs fluttering in the station forecourt.

These signs are the only visible indication of a policy that attracted global attention; a ban on pedestrians using their phones while walking.

It’s an initiative that, local officials declare, is both needed and – despite the lack of obvious enforcement – expected to succeed.

Yet getting people off their phones so they can safely navigate the streets is something many cities wrestle with.

Why does Yamato expect its policy to change residents’ behaviour, and why might it just actually work?

It’s a portmanteau of the word aruki (to walk) and sumātofon (smartphone), but its connotations are more along the lines of ‘smartphone zombie’.

In January, Yamato City conducted a study in two locations and discovered that around 12% of the city’s 6,000 recorded pedestrians were using their phones while walking.

“[It] is simply dangerous,” says Mayor Satoru Ohki, the leading figure behind the policy.

Ohki initially floated the idea with local lawmakers and, after running a public consultation, found that eight out of 10 people supported the idea, so in June a ban on using smartphones while walking was put into effect via municipal ordinance.

During the first few days of the ban, the city employed a handful of workers in high-visibility vests to hold signs in front of Yamato Station as a recorded message explaining the new ordinance was played from a CD.

Due to Covid-19, Ohki says he’s hesitant to have additional law-enforcers patrolling the streets for the moment, so the few fabric signs at the station exit are now the only obvious indicator of change.

“I believe we can trust the people of Yamato to do the right thing,” he explains.

It’s not the first time a country has taken measures to prevent such injuries. Ilsan, a city in South Korea, installed flickering lights and laser beams at road crossings to alert phone-scrolling pedestrians, while authorities in the Chinese city of Chongqing opened a 30m “cellphone lane” on pathways for pedestrians busy on their phones.

And countries in the West are also taking steps; in Honolulu, Hawaii, a “Distracted Walking Law” could see you fined for texting while walking in a crosswalk.

But in Yamato there are no penalties for breaking the rules; instead authorities are hoping for more of an organic change in behaviour.

Japan is often described as a collectivist culture where the concept of wa (harmony) in a group is seen as more important than the expression of individual opinions.

It’s why, during the global pandemic, nobody would be seen outside without a face mask despite it not being mandatory.

It’s also clear that Japanese citizens are well aware of the danger to themselves and others of smartphone use while walking.

In a 2019 survey of 562 smartphone users in Japan, 96.6% of respondents said they were aware of the dangers, 13.2% had experienced collisions first-hand while 9.5% said they’d been injured as a result of arukisumaho.

“I strongly agree with the law,” says Tokyo native Atsuko Nabata, who is in her 60s and regularly commutes through central Tokyo via bike.

“When I’m cycling I have to avoid people who are looking at their phones, I’ve even been hit before,” she says.

“If [people on their phones] are coming towards me I always stop and wait for them to notice.

These days if I almost collide with someone on their phone, I just don’t apologise, even though deep down I want to scream.”

But can a ban with no concrete penalties behind it really make an impact? Naota Suzuki, a lawyer at Nakamura Law Offices in Shibuya, points out that “there are laws that do not have punishments but are effective”.

He says whether or not these unenforced laws are successful is rooted in the Japanese concept of meiwaku, which can be translated as “being a nuisance to others”.

For example, it’s an unwritten rule that using your phone on public transport is a no-no.

So, even though it’s not technically prohibited, people refrain.

In April, when people were asked to stay at home and businesses asked to close to curb the spread of Covid-19, by and large they did, despite the absence of penalties for failure to comply.

Conversely, laws governing underage drinking and smoking, for example, do carry penalties but are largely ignored and, in Suzuki’s words, don’t “work effectively in terms of preventing such acts”.

The difference comes down to a perception of whether or not the act affects others.

Drinking and smoking are generally seen as activities that only cause harm to oneself; they don’t fall under the socially unacceptable banner of being meiwaku.

Dr Yuko Watabe, a clinical psychologist at Tokyo’s Temple University Japan Campus, adds that meiwaku is a key culturally-learned factor in the success of a non-punishable law.

“I think children and adolescents learn such self-monitoring systems through modelling and reinforcement, interacting with adults and peers at school and home.

For example, Japanese parents often ask their children to stop behaving in certain ways in public, like talking loudly and running around, because ‘they are causing trouble to others’.” 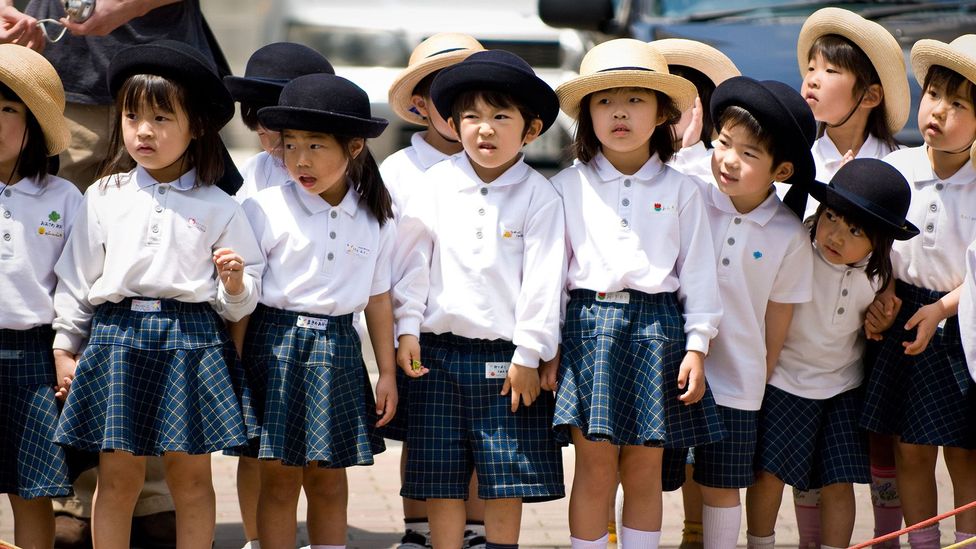 One of Japan’s most infamous sayings, applicable to school, work and social life, is ‘the nail that sticks out gets hammered down’, suggesting that forms of difference or disobedience will lead to punishment or being ostracised.

And compliance with social norms is more self-interested than altruistic, Watabe explains.

“Co-operation is maintained through mutual monitoring within groups in Japan, while it is often maintained by democratic legal systems in Western cultures.

Therefore, avoiding rejection from close relationship groups is critical for survival and success for Japanese individuals.”

In the case of Yamato, Mayor Ohki believes that the ban will help residents perceive ‘smartphone zombie’ behaviour as meiwaku, or causing trouble to others, and adjust their actions according to an evolving social norm.

“This law wasn’t designed to change anything tomorrow or the day after, or even in one year; my plan was to see it adopted in five-plus years,” Ohki explains.

He believes that with Japan’s ageing population, it’s important to put measures in place now that will help the elderly down the track.

And he feels quite confident it is destined for success, thanks to precedents set by other similar local laws.

“Ten years ago we made [a] law against walking and smoking,” he says. “It took a while for it to be adopted, but after 10 years it worked.”

Yoichiro Tamada, 28, who works in a media agency and is a keen smartphone user, isn’t convinced that long-term safety will be enough of an incentive for the younger generation, however.

“To be honest, I think Japan just loves making new laws. If there’s no punishment, I can’t really see young people – many of whom already have smartphone dependence – following the law, I personally wouldn’t.” 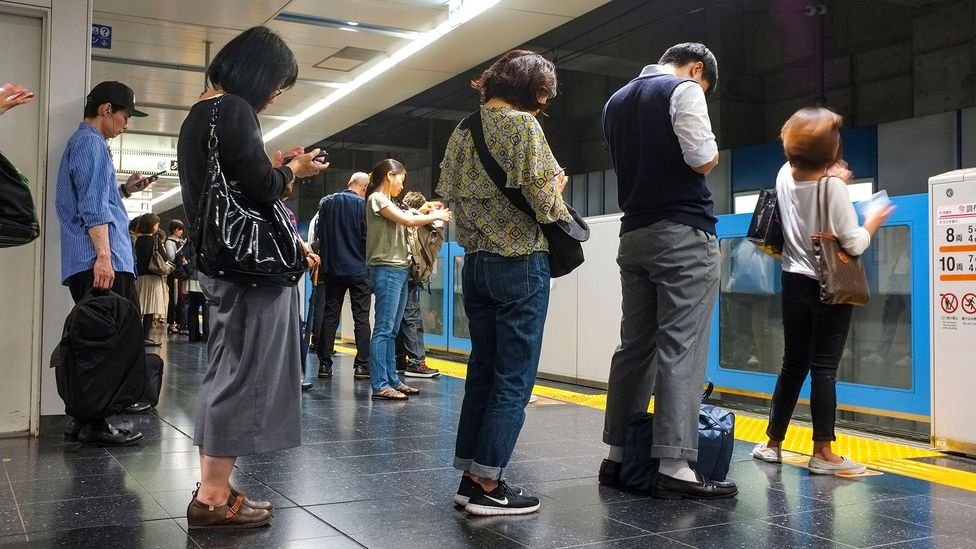 Suzuki attributes what he calls “a 1.5 criteria” to whether a law without punishment is complied with.

“Criterion one is whether the society considers the behaviour as dangerous or not, thus being meiwaku,” he says.

The other 0.5 criterion is whether the act will be deemed socially awkward by your peers.

Suzuki points out that if something like a fatal accident were to happen, it could be enough to shock people into compliance.

But he also thinks that because the media are interested in Yamato’s ban and will be watching to see how it works, “[it] could create an awkward atmosphere for smartphone users over the next few months”.

“We are already so addicted to our smartphones,” he warns, “so if our desire to check our phones trumps the social awkwardness of not following the law, then the situation will no longer be awkward.”

It’s a silent battle now to see which social value comes out on top.