The love we had for NPP is gone – Kwabre East youth 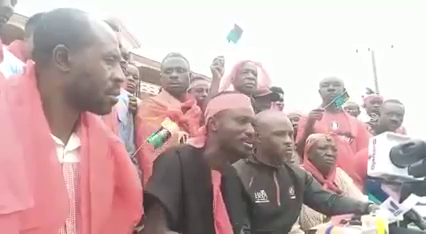 The youth of Kwabre East Constituency say the indifference of the New Patriotic Party (NPP) and its government towards them has caused apathy among their rank and file.

At a press conference on Tuesday, the aggrieved youth expressed their utmost disappointment in the party and the Akufo-Addo government.

According to them, although they are staunch NPP supporters, they do not care about the party anymore.

“We no longer have the NPP in our DNA. It is gone. You’ve disappointed us especially, the constituents of Kwabre East,” the youth fumed.

In their view, since assuming the reign of government in 2017, the party has not undertaken any developmental project in Kwabre East to improve the lives of its constituents.

According to them, the deplorable state of the Antoa road is still the same despite President Akufo-Addo’s assumption of office five years ago.

Touching on challenges the Ashanti Region faces, the youth said the NPP government does not only exploit the love Asanteman has for the party but disrespects the residents as well.

They were of the view that the party consistently deceives them about ‘invisible’ projects.

“Look at the issues Ashanti Region is battling with, yet we don’t see anything. You just keep disgracing us. We’ve not benefited from voting 47 MPs into Parliament.

“We hear Bawumia claiming that Kwabre East roads will be fixed. We are done accepting these lies. We know that they are just throwing dust into our eyes. Now we don’t care, whether you fix it or not, the love we have for NPP is totally gone,” the youth clad in red attire stated.