'The security of Ketu South is my topmost priority' - Maxwell Lugudor - MyJoyOnline.com

‘The security of Ketu South is my topmost priority’ – Maxwell Lugudor 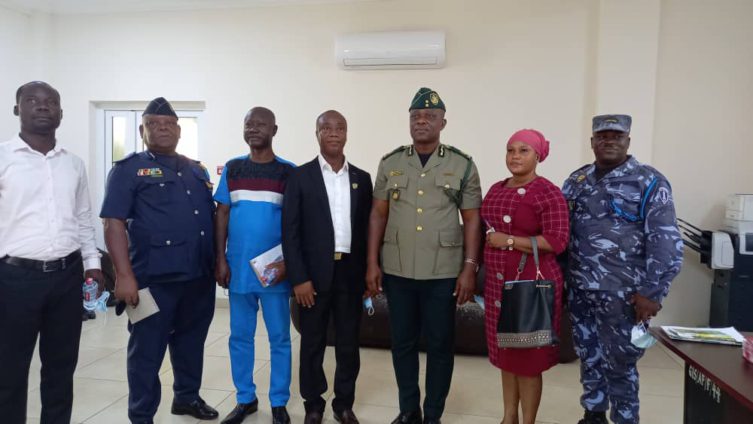 The newly confirmed MCE for Ketu South, Maxwell Lugudor has said that security of the people in the Municipality is his topmost priority as he starts work officially.

Mr Lugudor, on a familiarisation tour at the customs division of the Ghana Revenue Authority noted that  Aflao is the gateway to Ghana and the experience one has at the border determines how the country looks like.

He explained it is necessary to make sure that there is a high level of security in the Municipality for the safety and protection of his people.

Mr Lugudor noted that meeting personnel from the security services was important to him as he wouldn’t want to wait until  the Municipal security meeting before he officially introduces himself  and gets to know what actually happens at the border.

” I wouldn’t like to wait till the usual MuSec meeting before introducing himself. The chiefs started coming to my office for complaints, so at the right time, we will discuss them.”

He said his vision is to make sure that Ketu South is well positioned as a major traveller’s hub.

With regards to the closure of the border, Mr Lugudor noted that President Akufo-Addo has the interest of the people of ketu South at heart and so wouldn’t want any harm to come to them especially in regards of the Covid-19 pandemic.

Thus the need to ensure the borders remain closed until  when government realises that it is safe to now open them.

On his part, Sgt Major John Martey, said customers is a very critical agency and working with the MCE would help them improve security in the municipality .

Domestic Tax Revenue Division Commander, Vincent Gadegbeku said he is hopeful for the transformation of Ketu South into a more better one and hopes for the cooperation of everyone to make it work.

“We have started community engagement and education in collaboration with CDD and Peace Council.  We have realised some individuals in communities are busily extortion huge sums of money from unsuspecting illegal travelers,  and they are making the noise,” Mr Doudou said