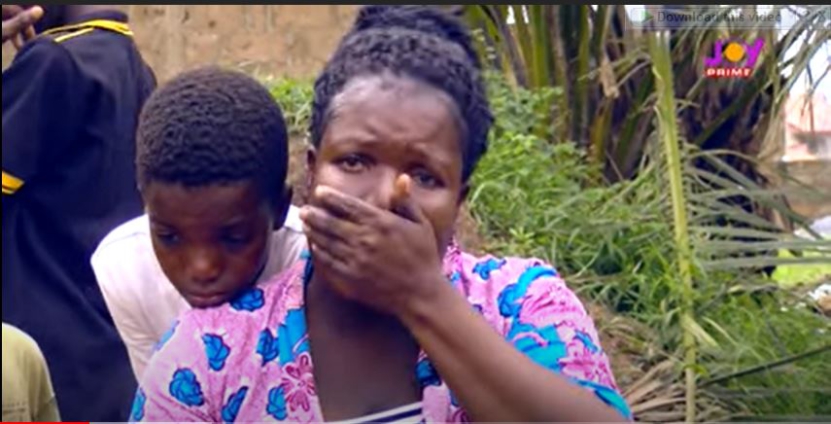 Patience Lartey, a former worker at one of the tollbooths, has shared emotional moments when she had to sleep on an empty stomach after losing her job.

According to her, she did that after all attempts to seek assistance from family and friends yielded no results.

“Sometimes I sleep on an empty stomach when all calls to friends and family for help proves futile,” Patience Lartey said.

Ms. Lartey narrated that the last salary she received in December last year, couldn’t suffice for more than a month because of the high cost of living.

Rendered redundant, Patience has been hoping for a possible reassignment by the government to another organisation as promised by Finance Minister, Ken Ofori-Atta when he announced the abolition of collection of road toll on November 17, 2021.

The tollbooth abolishment was announced in the 2022 budget statement and economic policy presented by Ken Ofori-Atta, the Finance Minister, before Parliament on Wednesday, November 17, 2021.

The Finance Minister said, “the toll collection personnel will be reassigned.”

The Roads and Highway Minister, Kwesi Amoako-Attah, subsequently directed cessation of the collection of tolls nationwide, effective midnight of November 18, 2021.

According to Ms. Lartey, she has been broken, desperate and depressed since the government announced the cessation of collection of road toll, which was her source of livelihood.

Hundreds of her colleagues, including persons with disabilities employed to collect tolls, have been picketing and crying out to the government to re-assign them; unfortunately, the government has not followed through with the promise.

A Joy Prime feature, “Tollbooth Tales” highlighted the plight and the plea of two former tollbooth workers who lost their jobs due to the cessation of collection of road and bridge tolls while sharing insights into the hurdles they face surviving with their children without a job amidst the recent high cost of living.

Ms. Lartey, a single mother of two and a breadwinner reiterated that her mother and other siblings who depended on her now have to find their own means of survival.

The former tollbooth worker stated that she sometimes begs for money and food from family and friends because she hasn’t secured any job since her dismissal and is disappointed that the government has failed to keep its promise to pay them indefinitely while they await reassignment.

Financial hardship has forced her to change her children’s school because she is unable to pay the fees. She is therefore calling on the government to intervene urgently.

DISCLAIMER: The Views, Comments, Opinions, Contributions and Statements made by Readers and Contributors on this platform do not necessarily represent the views or policy of Multimedia Group Limited.
Tags:
Patience Lartey
Tollbooth Tales