Top seed Karolina Pliskova through at US Open - MyJoyOnline.com

Top seed Karolina Pliskova through at US Open 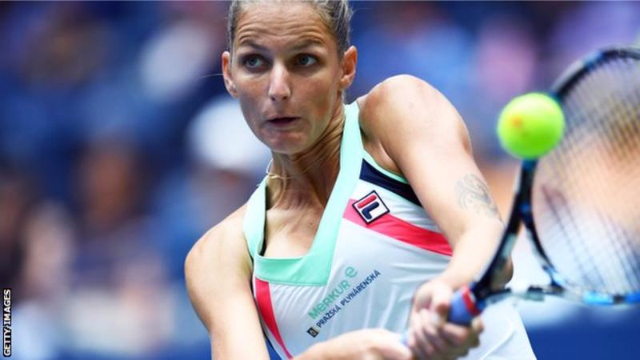 Top seed Karolina Pliskova started her bid for a first Grand Slam title with a comfortable win against Poland's Magda Linette in the US Open first round.

But ultimately Pliskova – last year's beaten finalist – had too much power for her 72nd-ranked opponent.

She hit eight aces and 29 winners to beat Linette, who has only one US Open win, in one hour and 18 minutes.

"I felt a little bit nervous coming out here, especially after last year. But I think I played pretty solid," Pliskova said.

Pliskova must reach the final to have a chance of retaining her ranking, with six other women all hoping to overtake her by winning at Flushing Meadows.

She has a lot of ranking points to defend after last year's defeat by Angelique Kerber, a fact perhaps contributing to a few nerves ahead of Tuesday's opening match on Arthur Ashe Court.