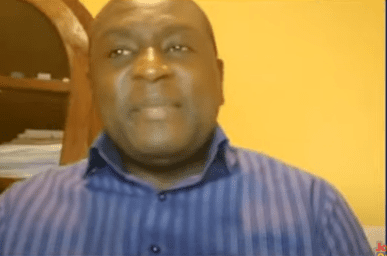 Speaking on PM Express on Wednesday, he noted that the Committee has been reluctant in undertaking its responsibilities since it was constituted and its recent findings of theft per its audit was simply to respond to concerns raised by the Institute for Energy Policy and Research.

“We are the ones that prompted this. If you saw our press release over the weekend, which was carried by most of the media, we issued a quarterly report, the Institute for Energy Policy and Research, a review and we asked that four months into the IMC, what have they done. We have not seen any publication, nothing. It is as a response to that that this letter we have all seen came out.

“So this didn’t come out of the blue or it is someone trying to update us on what they are doing. It is as a result of our publication that they hastily put out that letter in the media.”

According to Mr Opoku, issues of theft comes as no news since during the tenure of Mr Francis Boateng, former Managing Director of TOR, there were issues of reconciliation with Woodfills that some fuels went missing.

For him, to really convince the public it was up to the task, the Interim Management Committee right after it was constituted should have started addressing such issues and not wait for four months.

“They have been there for four months and in four months, we are told that there is 2012, 2015 theft and queries have been issued…Issues of theft, loss of products are things that have been known. If IMC was very serious about tackling this matter, it would have been one of the first things they did when they got there and rightly so, they did not. They have even suffered losses under their watch. Honestly, I don’t see what the IMC is doing.”

He, therefore, suggested that “they should be removed” and advised that a substantive Chief Executive Officer (CEO) and a board be put in place to work with the Ministry of Energy.

His comment comes at a time when the Interim Management Committee of the Tema Oil Refinery says it has interdicted some staff for their involvement in the alleged theft of ¢10.4 million worth of cables.

The Interim Management had explained that the affected staff “who hold various positions of responsibility and accountability concerning the transfer of products, have been queried and interdicted pending the outcome of investigations.”

In line with this, an investigation has recently commenced into some storage and transfer losses recorded by the refinery.

Meanwhile, Head of Communications at the Energy Ministry, Rodney Nkrumah-Boateng holds a different view on the IMC’s performance.

Earlier on the show, he told host, Evans Mensah that the three-member committee does not run as a day-to-day management system but carries out audits among other things such as assessing viable partnership.

Mr Nkrumah-Boateng argued that these findings point not to a three-month window but rather a long term structural problem that allowed unlawful practices to happen.

“You can’t expect to have an interim management come in and suddenly the whole place is snow white. Let’s be measured I think in saying “you must be that hopeless or you can’t function” if under your watch, within three months all these things are happening,” he added.

He hinted that the Interim Management Committee’s mandate has been extended.

On the other hand, the Minority say they will trigger the appropriate processes for a full-scale Parliamentary inquiry to be conducted into the alleged theft of ¢10.4 million worth of cables among other product losses.

Also, the Energy Ministry has indicated that it will prosecute the Tema Oil Refinery (TOR) staff behind the disappearance of thousands of litres of gas oil and electrical cables if they’re found culpable.