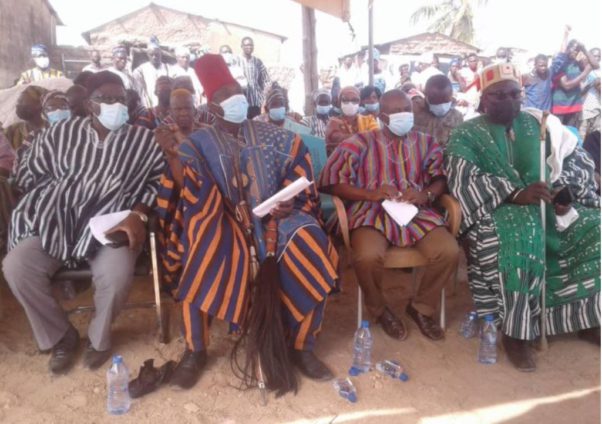 Kuoro Osman Deiwia Nankpa III, the Paramount Chief of Pulima Traditional Area, in the Sissala West District, has urged traditional leaders to prioritise the development of the girl child and end all forms of negative cultural practices.

He said the traditional leaders should protect the girl child against practices such as Female Genital Mutilation (FGM), child marriage and teenage pregnancy, which were inimical to their development and realisation of their aspirations.

Representatives from the Wala and Funsi Traditional Councils and the Upper West Regional House of Chiefs attended the inaugural ceremony, which was characterised by drumming and dancing.

The chief explained that girls had the potential of contributing immensely to community development if they were given the opportunity of education but that some cultural practices and social circumstances such as child marriage deprived them of education.

Talking about illegal logging, Kuoro Nankpa urged the communities to be vigilant and protect their vegetation, saying, “If you see anybody in your traditional area logging, not only economic trees but any other tree in that matter, that person should be apprehended and handed over to the appropriate agency.”

Kuoro Nadi Musa Kibei II, the Paramount Chief of the Kojokperi Traditional Area, commended the government for the development initiatives in the traditional area, including the construction of the Issa-Kojokperi-Wahabu-Funsi and -Wahabu-Tumu roads.

He, however, expressed dissatisfaction over the slow pace of the execution of the road project, which he said is affecting economic activities in the area.

Kuoro Kibei observed that residents of the traditional area were predominantly farmers and needed arable lands to cultivate, and appealed to the government to release parts of the game reserve in the area to the farmers to increase production.

He also identified the illegal logging of economic trees in both the reserve and off-reserve areas as worrying since it had exposed the area to adverse climatic impact.

While congratulating the chief on his attainment of a paramount status, the overlord of the Wala Traditional Area, Naa Seidu Fuseini Pelpuo IV, stressed the need for peace in the traditional area to drive the needed development to the area.

“The link between tradition and government is necessary as it fosters a harmonious relationship between government and chieftaincy institutions.

“This has become important in an era where the chiefs are required to co-operate with the
government to bring the much-needed development to their people,” he added.