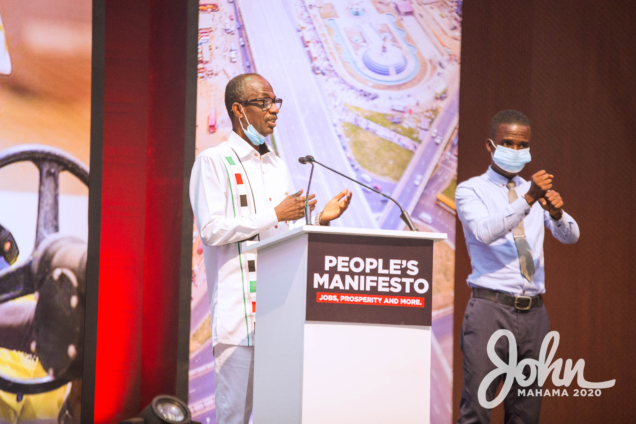 It is expected to augment efforts of traditional authorities and strengthen their roles in modern day leadership in line with culture.

The move by the opposition party is also aimed at helping reduce the enormous pressure on the court system in Ghana.

General Secretary of the NDC, Johnson Asiedu Nketiah, revealed this when the party’s campaign team visited the chief of Ejura in the Ashanti Region.

“We know the work Nananom does is very difficult. So when someone is due to become a chief, aside the training selected chiefs will receive from the stools, we shall establish an institution that will train them with modern day leadership skills especially in alternative dispute resolutions,” he said.

Mr Nketia further added that “there are many issues that shouldn’t even end up in the police station or court, traditional leaders and chiefs can solve them but may be because they might not possess the skill.”

In a related development, the NDC is suggesting the National House of Chiefs makes room for women to be part of the house and contribute to decision making.

“If you would permit, We would want to discuss with nananom to allow the queen mothers yo be oart of the national houase of chiefs. We would want to bring this to your notice, if you agree with us, then we will advance this discussion. This is what we believe in that is why president mahama has chosen a woman as his running mate,” he explained.

The second day of the NDC’s campaign tour of the Ashanti Region continued in the Ejura Sekyedumase District and Afigya Sekyere South District of the region.

It received huge reception especially in Ejura where the NDC leadership met with the youth and chiefs of the area.

In the Afigya Sekyere South District, the team met with the Wiamoasehene Nana Boakye Yiadom, who advised the youth against violence regardless of the results in the election.

DISCLAIMER: The Views, Comments, Opinions, Contributions and Statements made by Readers and Contributors on this platform do not necessarily represent the views or policy of Multimedia Group Limited.
Tags:
Alternative Dispute Resolution
Asiedu Nketia
Election 2020
Traditional leaders