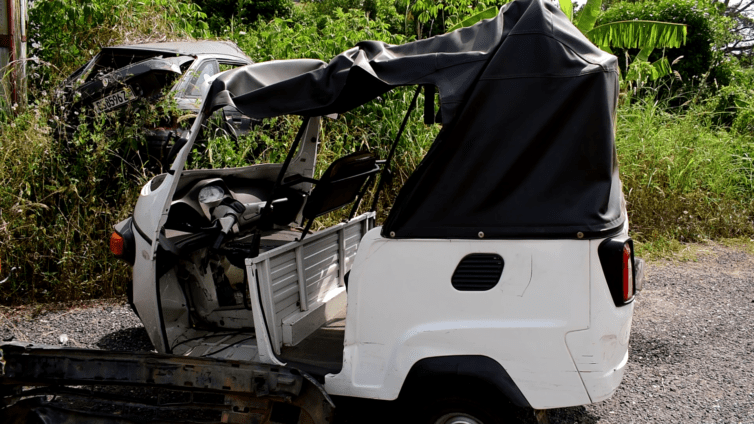 Tricycle and motorcycle accidents have resulted in more deaths than any other motor accident in the Volta Region, between January 1, and September 30, this year.

According to the Volta Regional Motor Traffic and Transport Department (MTTD), 253 accident cases were recorded involving tricycles and motorbikes, resulting in 57 deaths

This development informed stakeholders to engage commercial operators to build their capacity to ensure sanity on the roads and avert needless deaths.

Negligence, untrained riders, minors engaging in riding, and disregard to traffic regulations were some factors identified to have contributed to crashes involving tricycles and motorcycles.

Speaking at an engagement with a section of the riders, the Volta Regional MTTD Commander, Chief/Superintendent Stephen Delaporte expressed disgust at the disturbing development.

He detailed that though operating commercial motorcycle and tricycle are illegal, the police was lenient and allowed the riders to operate since their livelihoods depend on it.

He, therefore, cautioned them to abide by the road traffic regulations to ensure sanity on the roads to reduce road crashes.

“In the year 2021 alone, motor and tricycle-related accidents recorded between January and September were 261 with 57 deaths and 165 injuries; as against 253 cases, 45 deaths, and 199 injuries in 2020 respectively”, he revealed.

He called for concerted efforts towards reducing carnages on the country’s roads.

The Volta Regional Manager of the Driver and Vehicle Licensing Authority, Samuel Lodonu, entreated the riders to ensure they acquire the requisite documents before operating on the roads and desist from relying on intermediaries or “Goro Boys” to secure licenses for them.

He explained that the rider’s license acquisition costs only GH¢ 364.00 adding that an applicant can apply and pay in installment.

He said his outfit is ready to help the riders acquire the requisite knowledge and skills.

He emphasized that motorbikes and tricycles are registered for private use only and not for commercial purposes.

The Volta Regional Director of the Road Safety Authority, Ing. Kwesi Yirenkyi advised the riders to endeavor to acquire formal training before engaging in business.

Mr. Yirenkyi gave a strong caution against inconsiderate riding with an intension to cash in on high daily sales, gross disregard for other road users among others.

The riders said the engagement was an eye-opener for them promising to pass on the knowledge to their peers.

They however raised questions on how number plates issued by the DVLA in recent times defaces within a short period, which the DVLA boss admitted and enlighten the riders to apply for replacements without charges should their number plates fade within two years after acquisition.

The Leader of the Volta Tricycle Riders Union, Edem Adra entreated the authorities to contribute put a stop to minors riding motorcycles and tricycles, to curb “needless deaths”.