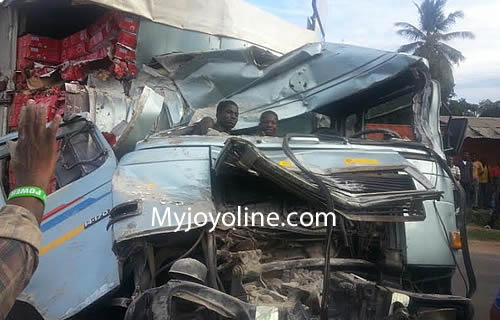 A truck carrying tomato paste has skidded off the road and run into the Melcom Warehouse, near the Royal Bank building at the North Industrial area in Accra.

Two people were trapped, Myjoyonline.com's Nathan Gadugah reported but they have now been rescued.

He says the situation is serious with rescuers making frantic efforts to rescue the remaining person, whom Nathan says is a young boy.

The truck, according to eyewitnesses, was from The Quodesh but lost control after suffering a brake failure and plunged into the waehouse.

The drive jumped out to safety but the other two occupants of the truck were not so lucky.