Truck veers off Tema motorway into commuters and kills one

One person was killed instantly when a truck veered off and crashed into some commuters on the Tema to Accra stretch of the motorway Monday morning.

The truck with registration number GT 1547-14 ran into the commuters who were waiting at the Kingsway International Christian Centre (KICC) junction along the Tema to Accra stretch of the motorway at about 7:45am.

The deceased who was only identified as Ophelia is said to be a worker with Royal Crown Packaging, a subsidiary of Kasapreko Company and a resident of Ashaiman.

According to some eyewitnesses, she was waiting at the shoulders of the motorway in the company of many others who were also waiting to cross to the other side when the Hyundai truck driving from the Tema direction towards Accra allegedly had a brake failure and ran into them.

The accident left three other commuters injured and were rushed to the Tema General Hospital.

The Police from the Airport Division later arrived at the scene to assess the situation. 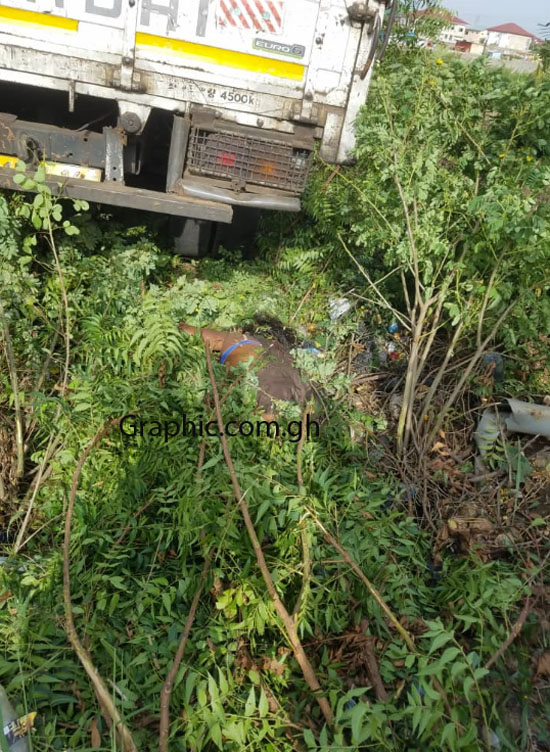