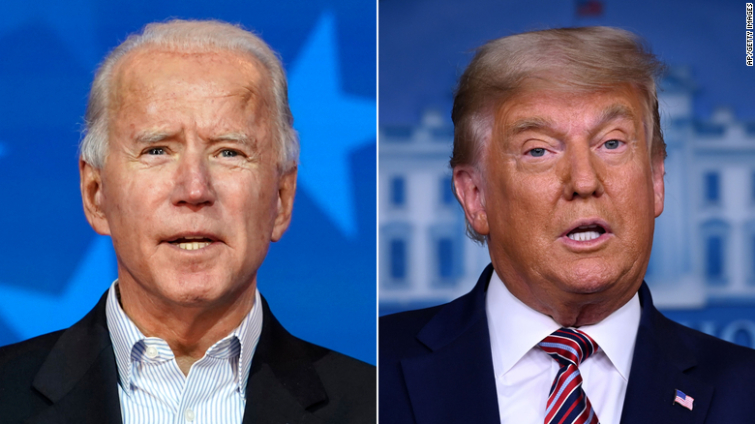 While President Donald Trump’s legal strategy to challenge the election results is being shaped at the highest levels by familiar, experienced hands, his legal team on the ground hasn’t seen the involvement of a top-tier team of the caliber George W. Bush had during the 2000 Florida recount.

And as former Vice President Joe Biden’s lead has come into focus in recent days, Trump has been asking why his legal team doesn’t seem more put together, suggesting he doesn’t believe they are up to the task of defending him in the courts and asking for his team to find better lawyers, according to one person who has spoken to him.

The public-facing effort has been headed by Rudy Giuliani and former Florida Attorney General Pam Bondi, Trump loyalists whose credibility has been diminished among the type of elite legal talent that a presidential campaign might turn to during an election challenge.

On the legal team, Trump’s efforts to contest election results in states such as Pennsylvania, Arizona, Georgia and Michigan have been guided by lawyers who have been by the President’s side for years, including Jay Sekulow, the conservative lawyer who helped lead Trump’s defense in special counsel Robert Mueller’s probe of Russian interference in the 2016 election, and is helping to orchestrate some of the legal challenges filed in Pennsylvania.

Also involved is William Consovoy, who has spearheaded Trump’s long-running — and thus far successful — effort to block access to his financial records as part of a criminal investigation by the Manhattan district attorney.

“What a campaign needs to do to staff one statewide recount, let alone multiple recounts, is overwhelming,” said Benjamin Ginsberg, a top Republican election lawyer who served as national counsel to Bush’s campaigns.

“Bush v. Gore was one state. We put out a call and hundreds of lawyers, political operatives and many others responded,” Ginsberg said. “Even with that, it taxed the Party to its limits to do just one state. It is at best unproven that the Trump campaign can command the sort of infrastructure they would really need to pull this off.”

The President is not the only person questioning the strength of his legal team. Many in the top ranks of the White House are questioning why — given Trump’s explicit vow to challenge the results in court — more of a legal apparatus wasn’t in place before Tuesday.

The blame is heading in multiple directions. Trump himself has told advisers his campaign staff should have anticipated the need for more seasoned campaign lawyers. But others are accusing Jared Kushner, who oversaw the campaign from his White House position, of failing to identify this critical gap.

A senior administration official said it was ultimately the responsibility of the campaign to have in place lawyers who could wage a multi-state effort to challenge results.

Top Trump allies have been phoning donors to try and solicit funds for the legal efforts. One person familiar with the fundraising efforts described them as “slow going.”

On Friday, Republican Georgia Gov. Brian Kemp’s political operation sent out a “call for Republican lawyers,” saying there were ballots left to be counted and the state party “is assembling a team of highly-qualified lawyers to ensure that the process is fair and transparent.”

So far, they haven’t shown up in court cases.

“The frustration that the President is expressing about the seeming unwillingness of his legal team to take certain positions is not unusual in that there are a lot of cases when clients want their lawyers to take action that the lawyers simply don’t see as viable,” said Ashley Taylor, an attorney who has represented Republican candidates in recounts and other election law issues.

Some of this could change, Republican legal sources say, if Trump can manage to make the race closer, by winning states such as Arizona and Georgia. That would allow the campaign to focus its effort on one state.

So far, Pennsylvania has been the focus of legal cases, with the Trump campaign and the GOP filing claims since before the election as a way to lay the groundwork to contest the final count.

In the 2000 election, Republicans could focus on Florida and its razor-thin margin and boil down their legal claims to challenge how canvassing boards were divining voter intent on paper ballots. That type of simple strategy hasn’t emerged in the 2020 election cases.