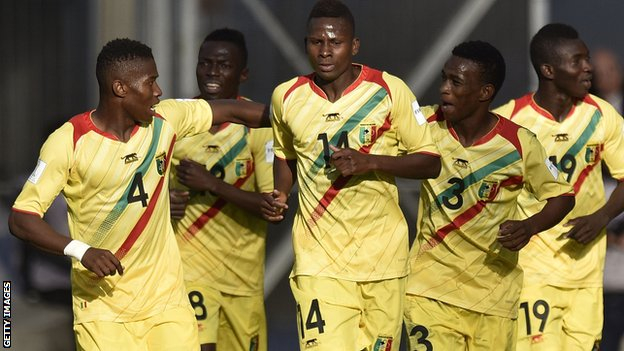 The tournament is ongoing in New Zealand and here's the Joy Sports wrap of the action on Day 5, Wednesday.

A goal in each half for Serbia saw the Europeans defeat Mali. The Malians, who won their opening game 2-0 against Mexico, had more possession of the ball for much of the game but created few clear cut chances. All teams in the group are now level on three points apiece after Mexico beat Uruguay 2-1 in the other game.

Portugal continued their good start to the U20 World Cup with a convincing 4-0 win over Qatar. Ivo Rodrigues scored a brace, while Andre Silva and Joao Vigario scored a goal a piece.

Mexico edged Uruguay in a tightly-contested matched, thanks to a stoppage time goal from Kevin Gutierrez. Hirving Lozano had given given Mexico the lead, but Mathias Suarez equalised for Uruguay, but it was Mexico who had the last laugh.

Senegal and Colombia played out to a 1-1 draw. Mamadou Thiam opened the score for the Africans but Alexis Zapata equalised from the penalty spot. It is Senegal's first point of the ongoing event. It was a much improved Senegal performance from the one that saw them lose 3-0 to Portugal in their opening game. The point sets up a good chance for the young Lions to advance to the last-16 as they face Qatar, arguably the weakest team in the group, next. The Asian champions have lost their opening two games but can still progress if they beat Senegal.