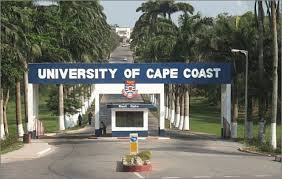 The University of Cape Coast (UCC) has inaugurated what it calls Knowledge Commons and Scholarly Unit at the University’s library.

The aim of the project is to modernise the Sam Jonah Library, the University’s main library, into a world class library that would facilitate academic excellence.

Speaking at the ceremony, Chancellor of the University, Dr. Sam Esson Jonah called on research Institutions and industries in Ghana to develop innovative ways of transforming knowledge and research into solving societal challenges.

He urged the management of the Sam Jonah Library to, in addition to the modernization of the physical library, develop their electronic library system to support the e-learning, research and e-publishing initiatives of the university.

“I am delighted that the SAM Jonah Library can boast of three commons which are the members commons, Research commons and the knowledge commons as all over the world traditional libraries are being transformed into learning commons,” he said.

He revealed the SAM Jonah Library was on course to fulfilling its mission to be a world class library.

Vice-Chancellor of the University of Cape Coast, Prof. Johnson Nyarko Boampong, intimated the university was prioritizing research works that are considered public. He assured the university would channel its resources to support research work and also work towards the development of competent human resource for the country.

The University’s Librarian, Dr. Mark Anthony Kobina, enumerated some of the facilities that could be found in the knowledge commons room:   one hundred seating capacity, various types of flexible furniture and group study rooms.

He added, some of the future projects the university was looking forward to establishing were reading rooms, ultra-modern 200-capacity conference room, the reorganization of the university gallery into a museum; the establishment of a social interaction space for sharing knowledge and ideas and most importantly, the establishment of a research and exhibition library in honour of the chancellor, Dr. Sir. Sam Esson Jonah.

DISCLAIMER: The Views, Comments, Opinions, Contributions and Statements made by Readers and Contributors on this platform do not necessarily represent the views or policy of Multimedia Group Limited.
Tags:
Knowledge Commons
Library
University of Cape Coast