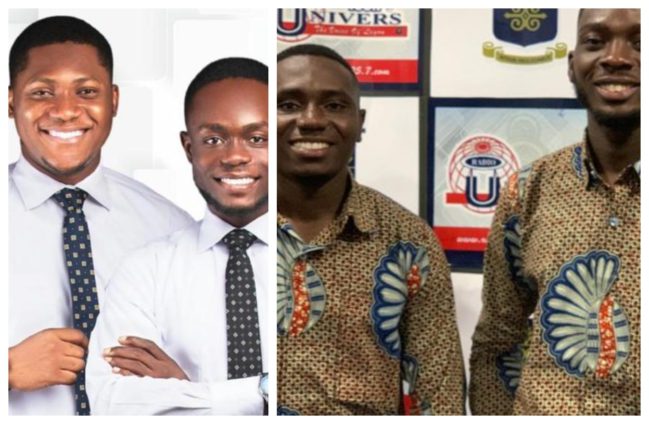 Two of the four teams in this year’s SRC presidential race at the University of Ghana are headed for a round-off, following the inability of all the four competing teams to secure the needed 50 per cent plus one vote (50%+1).

In a contest that saw some national security operatives moving to campus, Samuel Amos Ofosu and running mate Alfred Acquah led the presidential polls after they garnered a total of 5,760 votes representing 41.97% of the total valid votes cast.

This was followed by Prince Asumadu and his running mate, Wisdom Ndukwe, who managed to secure a total of 5,102 votes, representing 37.18% of the total valid votes cast.

In the light of these provisional results, the two teams are set for a run-off to decide who becomes the next SRC President and Vice-President of the University of Ghana SRC.

Priscilla and Felix are, therefore, ineligible to contest in the run-off since the two had the least number of votes.

In the Secretarial contest, Stephanie Naadu Antwi beat two other contenders, Rebecca Derry and Jonelle Mate-Kodjo, to become the newly-elected SRC Secretary of the SRC.

This was after she pulled a total of 7,373 votes, representing 52.82% of the total valid votes cast.

In the race for the next SRC Treasurer, Daniel Obeng Asamoah pulled a total of 9,714 votes to beat Abdul Razak, who managed 3,653 votes according to the provisional results.

Meanwhile, some students at the University of Ghana have bemoaned the use of the online voting system, alleging a possible manipulation of the votes.

The students are therefore calling for the elections to be re-conducted manually in a freer and fairer atmosphere.