UGSRC elections: A 5-year-old unbroken chain of how 1st round winners lose at runoffs 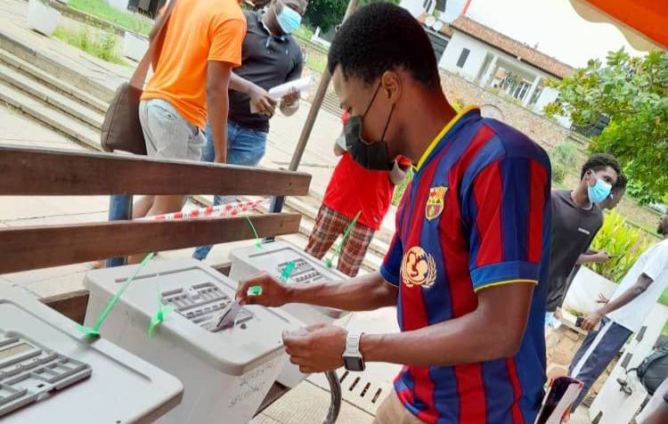 The race to land one of the most prestigious positions as an undergraduate student of the University of Ghana (UG) is fast becoming an interesting one.

The last decade of the school’s Student Representative Council (SRC) has had a history of many complexities, legal tussles and trends.

Progressing from organising manual elections to relying on online voting software in 2015, 2021 and 2022 remain one remarkable growth.

This growth – coupled with other factors – is fast depicting a new electoral trend for the UG SRC as elections in the past five years have yielded four presidential runoffs and a first-time secretarial runoff.

The 2016 UG SRC election went into a runoff when Emmanuel Adu Amofa and Esinam Afi Seade, representing different presidential camps, could not poll the constitutionally mandated 50% + 1 valid votes cast in their respective favour.

The April 28 runoff saw Esinam Afi Seade, who placed second in the first round, winning the presidential election with 3,665 votes, leaving Emmanuel Adu Amofa with 3,206.

In the 2018 SRC presidential race, Clement Bofa-Oppong garnered 2,174 votes against his closest contender Sylvester Amoako who had 1,834 votes in the first round.

Things turned around in the course of the runoff with Sylvester Amoako amassing a total of 4,145 valid votes cast, representing 52.51% to win the presidential election.

The recent 2022 UG SRC election produced two runoffs, a presidential and a secretarial.

At the presidential level, Boakye Martin Gyasi and Lincoln Ohene piled up the highest votes of 5,455 (35.8%), whereas Samuel Ackom and Ramzy Fuseini came second with 3,879 votes (25.5%) in the first round.

The candidates’ inability to obtain the constitutionally mandated 50% + 1 votes pushed the election into another round to decide the ultimate winner.

For the first time, the SRC will be holding a runoff election for the position of secretary.

Well, the past five years of UG SRC elections have drawn an unbroken chain of how first round winners lose in runoffs.

The SRC Electoral Commission has set Tuesday November, 8 2022 as the date for both the 2022 presidential and secretarial runoff elections.

Will undergraduate students of the University of Ghana extend the length of the five-year unbroken chain or will they cut it short to set a new historic record?

DISCLAIMER: The Views, Comments, Opinions, Contributions and Statements made by Readers and Contributors on this platform do not necessarily represent the views or policy of Multimedia Group Limited.
Tags:
UGSRC election runoff
UGSRC Elections
UGSRC Presidential Elections
University of Ghana