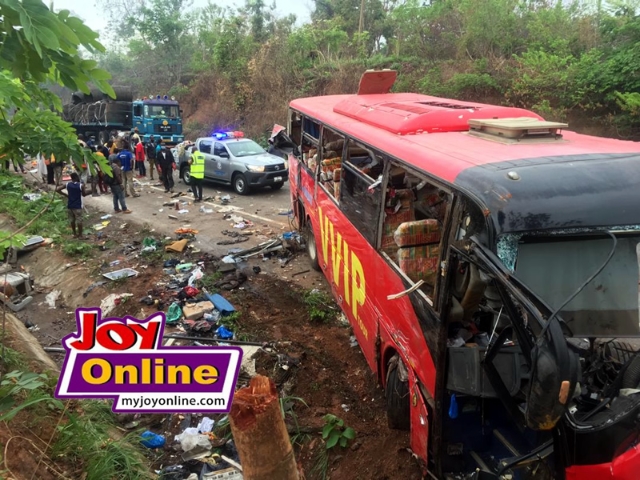 A head-on collision by two buses on the Kintampo-Techiman road has led to the deaths of 57 passengers.

Fifity-five died on the spot while the other two died in hospitals where they had been sent for treatment, Joy News’ Anas Sabit reported.

Police say the fatal accident happened around 2 am on Friday at a town called Ampoma in the Bono East Region.

Both had a total of 108 passengers on board.

One of the buses caught fire after the head-on collision, reports Anas, worsening the effects of the accident.

According to him, the bodies of 35 of the deceased persons cannot be identified while the 53 persons who survived the fatal crash, are receiving treatment at various health facilities.

He gave the following breakdown of the injured and where they had been sent to; 40 were sent to the Jema Hospital; 12 persons are also receiving medical attention at the Holy Family Hospital in Techiman while one other person is receiving treatment at the Government Hospital in Wenchi.