US Open: Iga Swiatek says anything is possible after New York win 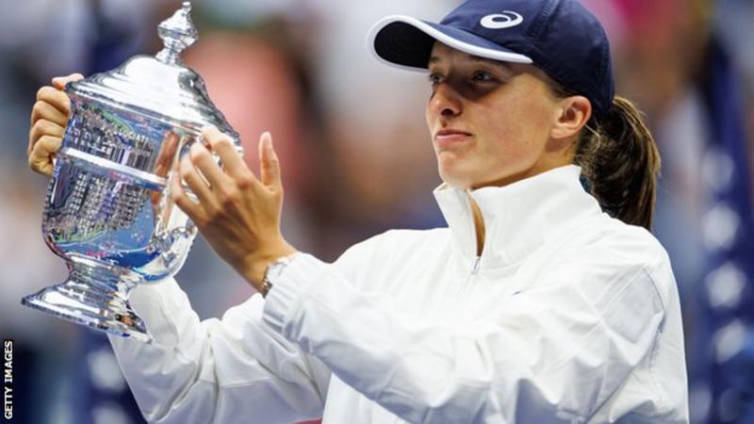 World number one Iga Swiatek says winning her first title on the US Open hard courts provides confidence that the “sky is the limit” for her career.

It is her second major win in 2022 and first not on the French Open clay.

“It’s something I wasn’t expecting. I’m proud, a little surprised, and just happy I was able to do it,” she said.

Following the retirement of Australian world number one Ashleigh Barty in March, Swiatek has seized her opportunity to take over as the tour’s dominant player.

Earlier this year, she put together a 37-match winning streak that enabled her to claim six titles in a row – including the French Open at Roland Garros.

After going through an dip that resulted in the streak ending in the Wimbledon fourth round, Swiatek slowly reasserted her authority in New York.

In January, Swiatek was ranked ninth in the world and, following her 6-2 7-6 (7-5) win over Jabeur in New York, she said she had doubts at the start of the season about her level.

“I wasn’t sure if I was at the level yet to win a Grand Slam, especially at the US Open where the surface is so fast,” said Swiatek, who also reached the Australian Open semi-finals in January.

“It’s also like a confirmation for me that [the] sky is the limit.”