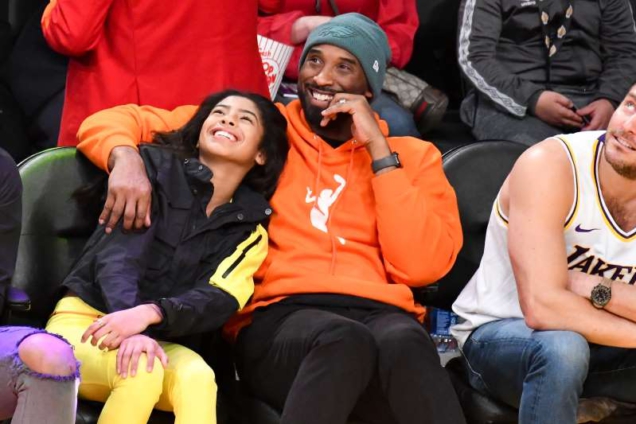 Vanessa Bryant has shared a letter she received from her late daughter Gigi’s best friend a day before the first anniversary of Gigi and Kobe Bryant’s death.

The Los Angeles Lakers legend was killed along with eight other people, including his 13-year-old daughter, when the helicopter they were traveling in crashed in Calabasas, California, northwest of Los Angeles, on January 26 last year.

Twelve months on from the tragedy, Bryant’s wife acknowledged she still struggled to comprehend the magnitude of the void left by her late husband and Gigi.

“Today I received this sweet letter from one of Gianna’s best friends, Aubrey. I love you Aubz (as my Gigi would call you),” Bryant wrote on Instagram along with a picture of the letter.

“Thank you so much for beautifully sharing some of your memories of my Gigi with me and allowing me to share them, My Gigi is INCREDIBLE and I truly appreciate your thoughtful letter. She loves you so much. I miss my baby girl and Kob-Kob so much, too.

“I will never understand why/how this tragedy could’ve happened to such beautiful, kind and amazing human beings. It still doesn’t seem real. Kob, we did it right. Gigi, you still make mommy proud. I love you!”

In the letter, Aubrey spoke of the strong bond she and Gigi shared and of how her “smile and attitude” constantly pushed her to improve.

“You have probably heard this, but if ever become a mom, I hope my daughter turns out exactly as yours did,” she wrote.

Aubrey also credited Gigi with “boosting my confidence enough to play basketball” and went on to list a series of traits eerily reminiscent of the “Black Mamba” mentality Bryant displayed throughout a two-decade career in the NBA, which delivered five NBA titles, two NBA Finals MVP crowns and one regular-season MVP award.

More than any of his contemporaries, Bryant picked up Michael Jordan’s mantle and displayed the same clutch gene, stone-cold mindset and ability to seemingly bend games to his will.

Judging by the letter, that mindset was already apparent in Gigi.

“Her love of life is something I will also admire endlessly,” Aubrey continued.

“She attacked each day as though it was hers to conquer. […] She had a fiercely competitive side also, as you know. Our heads-up battles would get very intense. I was usually hoarse and exhausted after every game. I do not think I ever won one of those matches, but some of that may be due to the fact we always ended up with the category as basketball.”

Over the last 12 months, Aubrey admitted she has often found herself in “a pit of despair thinking about her and what she could’ve accomplished had she had a couple more years.”

However, she has since started to appreciate her late friend’s legacy.

“Her fights for equality in sports made the world reconsider their opinions, she along with Mr Bryant, set the wheels in motion,” she added.

“But on a lower level, on behalf of every person who came across her, I can say that she changed our lives.”

DISCLAIMER: The Views, Comments, Opinions, Contributions and Statements made by Readers and Contributors on this platform do not necessarily represent the views or policy of Multimedia Group Limited.
Tags:
Gigi Bryant
Kobe Bryant