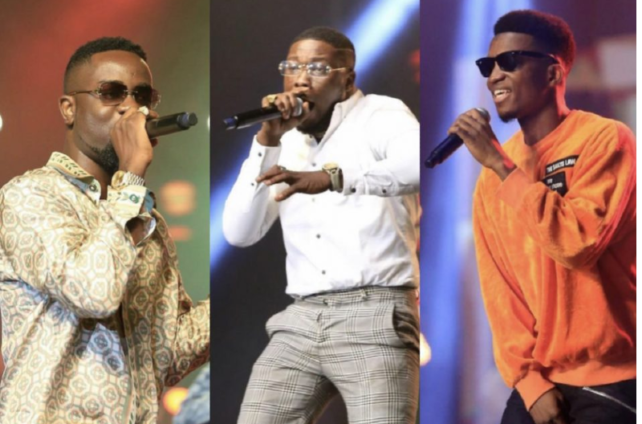 Sarkodie, Kurl Songx and Kofi Kinaata performing some of Castro's hits at the 2021 VGMA

Organisers of the 22nd Vodafone Ghana Music Award, Charterhouse, honoured the memory of Hiplife recording artiste, Theophilus Tagoe, known in music circles as, Castro, at the event held on Saturday.

While the jet ski involved in the accident was recovered on the same day of their disappearance, their bodies were not, despite a search conducted by the Police. The pair remain missing to date.

A short documentary highlighting Castro impact on the music industry was played at 22nd edition of the VGMA.

One of Castro’s closest friends, D-Black who was featured in the video said on the 7th anniversary of the artiste’s disappearance, he hopes his family and Ghanaians are able to find peace.

After the short video played, musician Kurl Songx took to the stage to perform Castro’s ‘Toffee’.

He was later joined by Kofi Kinaata to perform ‘Odo Pa’. The hit Castro released, that introduced the Takoradi-based Hiplife artiste to Ghanaians.

Sarkodie also made a surprise appearance to perform ‘Adonai’ which featured Castro. ‘Adonai’ remains Sarkodie’s most streamed song on YouTube with over 81m views and on Spotify with over 17m streams.