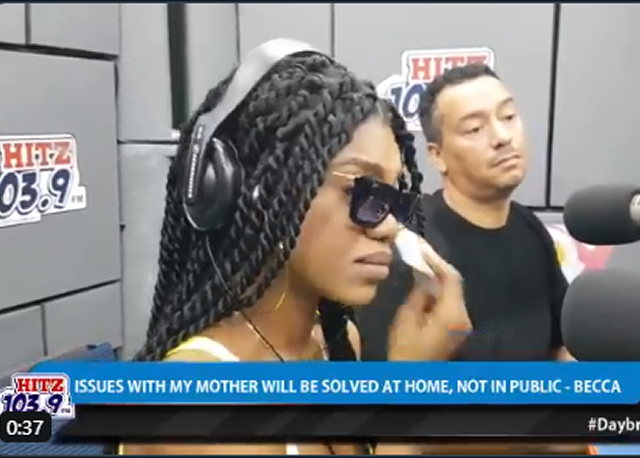 Afrobeats singer Becca was emotional when she was asked about her relationship with her mother on Daybreak Hitz on Hitz FM, Friday.

The singer’s family affairs have been opened to the public after her mother accused her husband, Daniel Oluwa Tobi Sanni, of keeping her away from them.

According to Becca’s mother, Dr Tobi married the ‘You lied to me’ crooner for her money and not because he loves her as many fans think.

Shortly after rumours surfaced, Dr Tobi husband called his mother-in-law a witch, a statement the singer’s father has come out to deny.

Addressing the issue while in tears during her interview Friday, Becca regretted how her private life is open to the public because she is a celebrity.

She said the news hit her unexpectedly but she will settle whatever issue there is with her mum amicably.

“I love my mum so much, I would like everybody to respect her. This is a family matter and will be discussed at home,” she told Andy Dosty host of the show.