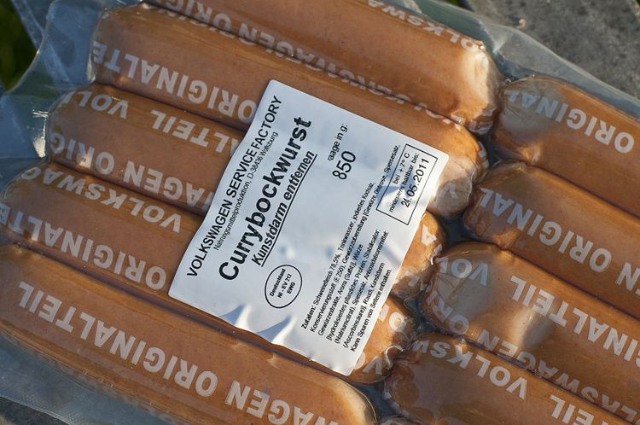 The Volkswagen Golf has historically been the German car maker’s best selling model, but surprisingly it’s not the company’s best selling product. That title goes to the uber popular and reportedly delicious VW sausage.

VW has been producing sausages at its car plant in Wolfsburg, Germany, for nearly 50 years. The traditional wurst is such an important part of the company culture and history that it even has its own car part code,  199 398 500 A.

Sausage production at VW began in 1973, and was originally supplied exclusively to company cafeterias, to feed its staff. Over time, however, Volkswagen started selling its sausages at stadiums and in German stores, and people loved them.

It’s said that because the wurst was originally created for company staff, it is of the very best quality, and it has actually won several awards at national food fairs and exhibitions over the years.

Even though 40% of the roughly 6.7 million Volkswagen currywurst sausages produced by the car maker’s food department are consumed by its employees, the demand outside the VW is enormous. The majority of sausages are sold via a large network of supermarkets and enjoyed in households in 11 different countries. Sadly, the US isn’t among them and importing them isn’t legal.

In the beginning, VW produced its sausages from beef and pork meat sourced from a company-owned farm, but that isn’t possible today, due to increasing demand. Still, the meat is still sourced from regional farmers and the quality is as high as ever. Dietmar Schulz, the current head of food production at Volkswagen, claims that the wurst is popular in Germany’s Bavaria region, which has a rich sausage culture. 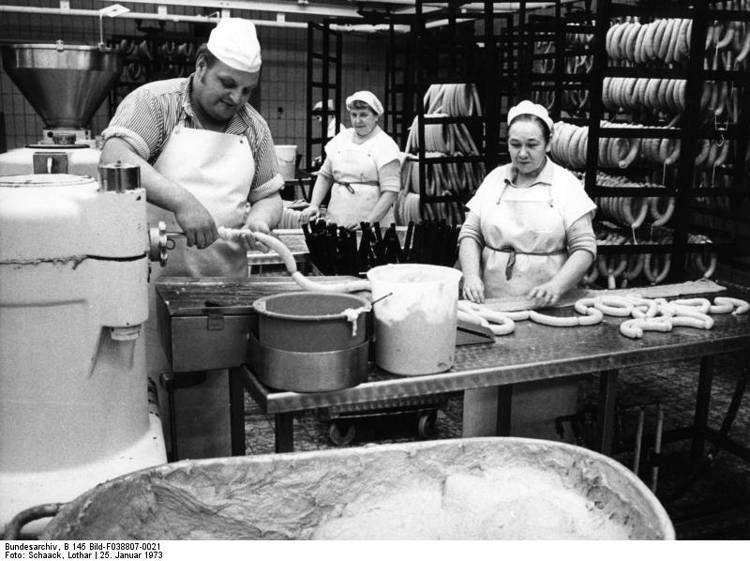 “It’s really just a sausage, but it is popular throughout all classes of society. Everyone loves it, even high-level managers who would otherwise eat some truffle dish,” Schulz proudly told Ozy Magazine.

The recipe of VW sausages is a closely guarded secret, but according to some sources, one of the reasons for its success is the high meat and low fat content. Beef was cut out from the recipe during the 1990s BSE crisis, but the pork used is only 20% fat, compared to the 35% or more in most other sausages. The meat is mixed with salt, pepper, curry and ginger, and packaged stuffed into 13cm or 25cm membranes.

The 30-strong staff working in VW’s food department reportedly produce between 18,000 and 20,000 sausages every day.

Interestingly, Volkswagen also produces its own spiced ketchup, but it’s not quite as popular as its sausages, with only around 600,000 bottles being sold every year.