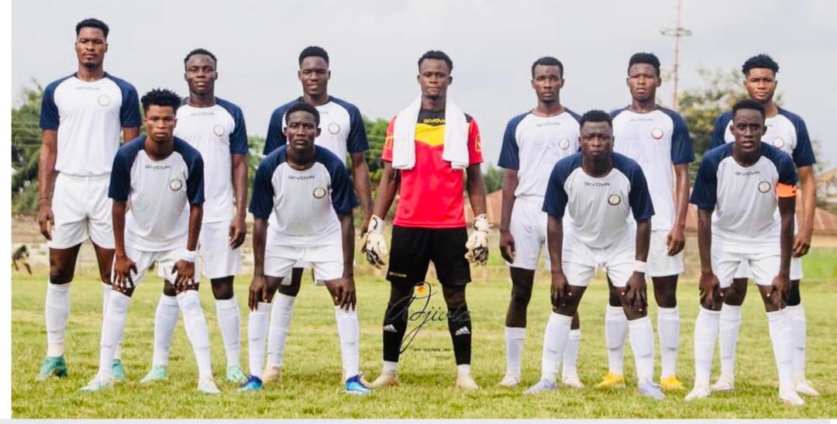 A goalless draw with Trinity Stars was enough to send Rangers FC to the finals of the Volta Division Two Middle League.

The team garnered 7 points with 3 goals after playing 3 matches. They topped Group B, which had Trinity Stars, Kickers FC and Sharp FC.

The final game with Agbogba FC would produce a rep for the Volta and Oti Regions in the National Division One League.

Coach of Rangers FC, Dennis Danso, did not fault his team for drawing the last game, though he wished they had won to secure all 9 points.

He praised the performance of Trinity Stars in their last group game, preventing them from burying the ball in their net, hence sharing the spoils.

He however indicated that the team would be psyched up and prepared very well to face off with Agbogba FC which had a splendid campaign in this year’s Division Two League.

The Ho Sports Stadium would host the final game on Sunday 3rd July 2022 at 3 pm.