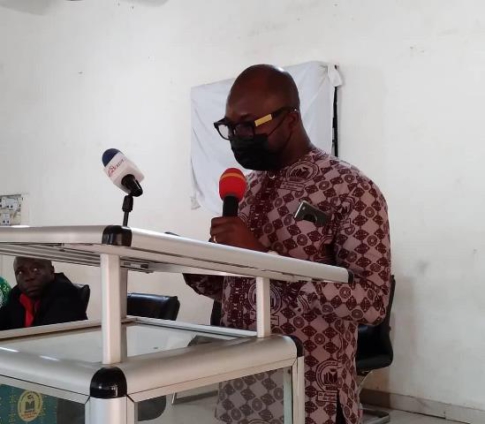 The Volta Regional Branch of the National Association of Graduate Teachers (NAGRAT) has stated its displeasure with the recent agreement reached by the government and its leadership regarding the 2021 and 2022 base pay.

Mr David Gellie, Chairman of the Association, said the outcome of the negotiations was not only disappointing, but an attempt to exacerbate the plight of workers in the country.

The Chairman, speaking at this year’s Quadrennial Regional delegate conference of the Association in Ho, called on leadership of the union to write to the Fair Wages and Salary Commission for renegotiation of the 2022 base salary.

He wondered why the 2022 base pay should be negotiated for, at this time, while, the year 2021 had not ended, saying they found it difficult to comprehend because “we do not know how the future will be”.

On retirement benefits of teachers in the country, Mr. Gellie said, the issue was “thorny” because teachers who had served this country for several years and went on retirement were not being treated fairly.

Mr Gellie said teachers also deserved a fair share of the national cake, and asked that the government took steps to address the plight of personnel of the Service.

He used the opportunity to once again condemn the recent attack on the Association’s Zonal Secretary and a tutor at Three Town Senior High School at Denu by a student.

The Chairman said the Union would continue to stand by the decision of teachers in the school not to participate in the invigilation exercise.

He described as “alarming” attacks on teachers in the country, calling on the government to develop comprehensive mechanisms to protect teachers, saying the safety of a teacher was the duty of the employer.

Mr Gellie said the indiscipline currently being witnessed in the system could be attributed to the government’s silence over insecurity situations of teachers at workplaces all over the country.