Vulnerable voters to be given preferential treatment – EC 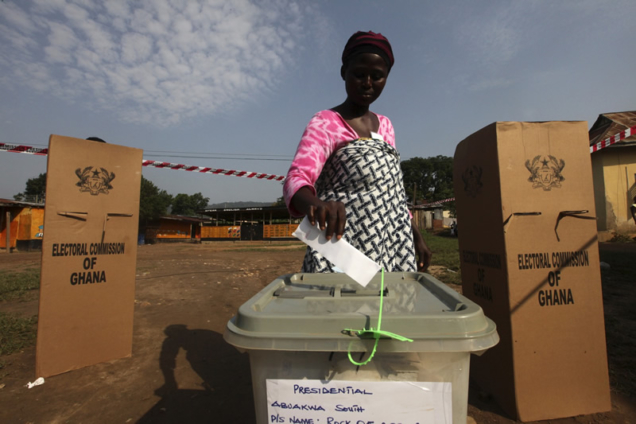 The Electoral Commission (EC) has tasked Presiding Officers to make the necessary arrangements to ensure that vulnerable voters – the sick, aged, pregnant women, lactating mothers, and Persons With Disabilities do not join long queues at polling stations.

“All vulnerable voters must be given preferential treatment at the polling station, they should not be allowed to join long queues and voters with unidentifiable disabilities such as the deaf may be in the company of others who will prompt the Presiding Officer for priority to be given to them as well,” the EC stated.

The EC in its “Election 2020 Manual – Guide to Voter,” available to the Ghana News Agency identified others for preferential treatment as persons with visual impairment; physically disabled; persons with hearing impairment, persons living with albinism, down syndrome, and any other categories of disabilities that will be noticed at the centre.

Mr. Kwame Amoah, EC Greater Accra Regional Director in an interview with the GNA, explained that all polling stations would be located at places that are easily accessible to all voters.

He said Presiding Officers are under instructions to locate all polling stations at low-level areas in order to make voting easier for the vulnerable such as the sick, pregnant, aged, lactating mothers and Persons With Disabilities (PWD’s especially wheelchair users to access”.

“All polling stations must be located at low-level areas, existing polling stations that are on verandas, across gutters, or anywhere that will prevent free movement of voters must be relocated to a more accessible area,” he explained.

To ensure that people with visual impairment vote independently, Mr. Amoah said the EC has made provision for tactile ballot jackets; “a tactile jacket is a cardboard folder with raised dots arranged numerically to represent the positions of candidates on the ballot paper.

“Besides each numerical arrangement is a corresponding window, which is big enough to accommodate the thumb for voting”.

The EC Greater Accra Regional Director explained that the tactile jacket is designed to easily identify the top with a notch. Users are also guided with the perforated edge of the ballot paper to identify the top as well.

Users will independently slot the ballot paper into the tactile folder and with the help of the numerically arranged raised dots, select their preferred candidates and consequently vote in the window provided.

Two tactile jackets have been produced per polling station; one for the Presidential and the other for Parliamentary elections.

DISCLAIMER: The Views, Comments, Opinions, Contributions and Statements made by Readers and Contributors on this platform do not necessarily represent the views or policy of Multimedia Group Limited.
Tags:
Election 2020
Electoral Commission