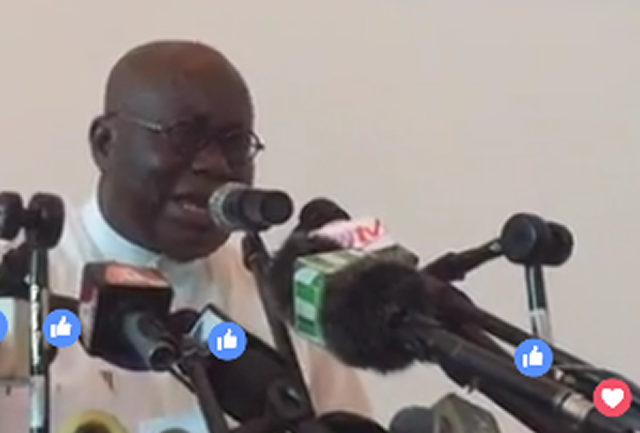 The 2016 Presidential Candidate of the NPP says the country has suffered its slowest growth under President John Mahama's administration in the last twenty years.

Nana Addo Dankwa Akufo-Addo made this known at a press conference in Kumasi in the Ashanti region, the stronghold of the New Patriotic Party (NPP).

According to him, the party suspended its Ashanti Regional rally due to the demise of the Asantehemaa, Nana Afia Kobi Ampem II.

With exactly a week to the elections, he urged the electorate in the region to go out in their numbers and vote for the NPP.

I am here to ask for your help in the upcoming elections, NPP needs your help…I humbly request that you go to the polling station and vote early before going to your various farms and other workplaces, Akufo-Addo said in Twi.

The third-time Presidential Candidate reiterated some promises he made during his campaign tour in the various regions for the past weeks.

Watch the press conference live below.