We don’t grant interviews because media focuses on negativity – R2Bees 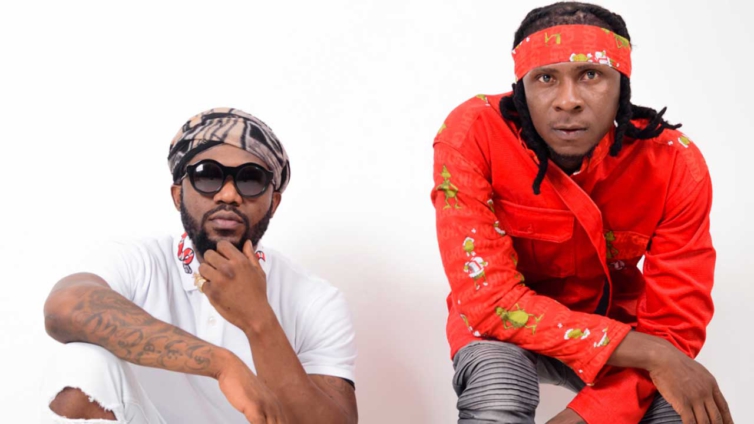 Musical duo R2Bees has fingered the media for their voluntary silent stand against granting interviews in the country.

According to the hip-hop pair, the media keeps twisting interviews to suit their own agenda. And that is a no, no for them.

In an interview with Doreen Avio, Mugeez and Omar Sterling (Paedae) revealed why they choose to keep away from any limelight which doesn’t resonate with a stage.

“When we started, we used to do interviews. It’s not like we’ve been like this from when we came. What we realized is some of the interviews we used to do back then, most of the journalists tried to take advantage. They try to clout chase.” he told Doreen.

Paedae stated that this behaviour is not consistent with their principles as positive people. And hence the need to distance themselves from all the brouhaha.

“We are not just musicians. We are solid human beings. We believe in promoting positivity. So we know how sometimes the media focuses so much on the negative just for clout. So we try to pull ourselves. Not that we don’t want to do interviews, we just try to stay away from the whole negativity.”

Mugeez further explained that they came to make music. And that all others things are secondary and not of importance.

“I believe music is all we do. We came here to sing. So anything apart from it is not our main thing. Once the mic is on, we want to sing .So interviews are like the next thing for us.”